Scientists have received approval to work with a weakened, non-harmful version of SARS-CoV-2 in biosafety level 2 laboratories, which makes it more efficient to study the virus, and to identify new treatments. 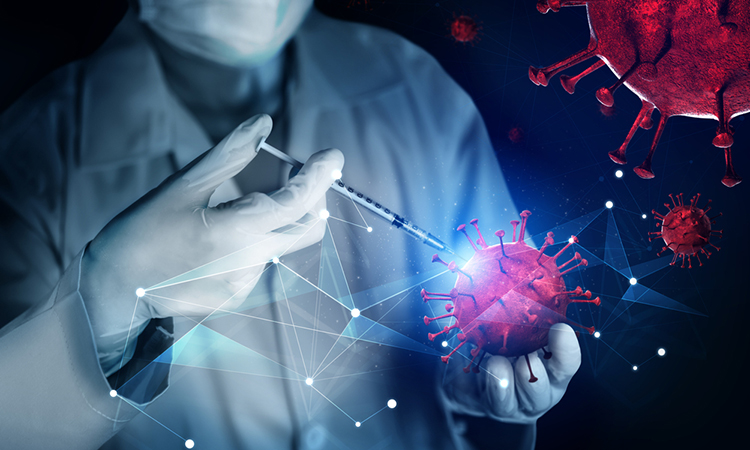 A team of scientists from Texas Biomedical Research Institute, US, have developed a weakened version of SARS-CoV-2 that does not cause illness nor death. Texas Biomed has now received approval from the US National Institutes of Health Office of Science Policy (NIH-OSP) to work with the attenuated virus in its biosafety level (BSL-2) laboratories. Previously, SARS-CoV-2 could only be safely studied in a biosafety level 3 (BSL-3) laboratory, which is much more restrictive, requires more personal protective equipment, and extensive training.

The team made a weakened SARS-CoV-2 strain that is missing two pieces of its genetic code that would normally make two proteins, using reverse genetics approaches they developed. The virus is still able to survive but has a very hard time replicating and does not cause serious illness. In two rodent models, golden Syrian hamsters and transgenic mice, the original strain of SARS-CoV-2 would have caused deadly weight loss, but this weakened version does not cause severe weight loss nor death. The weakened virus was carefully designed and extensively tested, showing it is nearly impossible to evolve and revert to its original form.

“Our studies show that cutting out these two proteins have essentially crippled the virus so it is still alive, but no longer a threat,” said first author, Dr Chengjin Ye. “This is why we can now safely work with it in the BSL-2 laboratories.”

The team plans to use the attenuated virus for further studying the pathogen, developing vaccines and for screening antiviral drugs. For this, the researchers are currently developing fluorescent forms of the attenuated virus to use in the BSL-2 to investigate large, complex libraries of compounds to identify those that affect the virus.

“We and our collaborators can now safely and easily do high-throughput screening of thousands of compounds in the BSL-2, and when we narrow down to a handful of the most promising candidates, then we can test those against the real virus in the BSL-3,” Dr Martinez-Sobrido concluded. “This will help accelerate the drug discovery process.”