It has been discovered that Polo-like kinase (PLK1) guards against severe DNA damage and could help target fast-growing cancer cells. 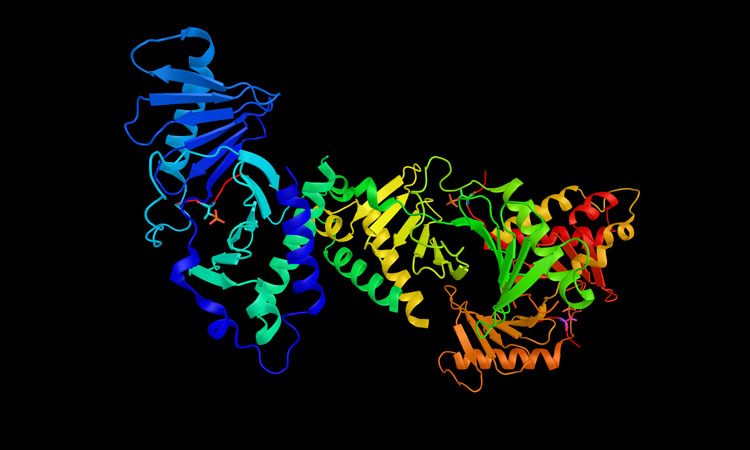 Scientists at the Genome Damage and Stability Centre (GDSC) at the University of Sussex, have found that Polo-like kinase (PLK1) guards against severe DNA damage caused during mitosis in cultured human cells.

It casts doubts over theories that by inhibiting PLK1, fast-growing cancerous cells could be stopped from dividing and replicating, suggesting that this technique needs further research to avoid damaging side effects.

“Up until now, scientists thought that one of the key roles of PLK1 was to help chromosomes to be stably captured for partition during mitosis,” said Dr Kok-Lung Chan, Wellcome Trust and Royal Society Sir Henry Dale Fellow at the GDSC. “So it was thought that if that protein was inhibited or lacking, the duplicated chromosomes couldn’t be grasped properly and, in the case of cancerous cells, wouldn’t be able to segregate equally.

“We’ve discovered that PLK1 actually has a crucial protective role and is needed to avoid ruptures and splits of chromosomes, of which inhibition could have dangerous side effects on otherwise healthy growing cells.”

The new findings suggest that any interference with the function of this essential protein could remove a protective barrier, resulting in specific DNA damage and chromosome rearrangements. 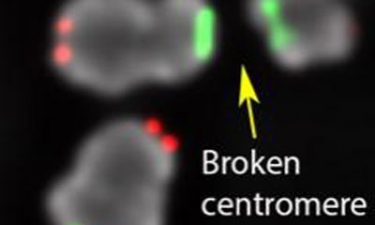 “For the first time, we have found that PLK1 works to maintain the rigidity of a critical part of the chromosome called the centromere,” Dr Chan continued. “When the protein is lacking, centromeres become very fragile and rupture during cell division, causing ‘whole chromosome arm splitting’. Effectively, this means that, when they divide, chromosome arms are split in the wrong place. In principle, they can rearrange themselves resulting in characteristic whole-arm rearrangements, which are commonly observed in cancers and were also reported in some genetic disorders like Downs Syndrome.”

Dr Chan believes that the identification of the new role played by PLK1 could help clinicians develop cancer treatments which better target fast growing cells by not just blocking their division but also by simultaneously damaging their chromosome integrity.