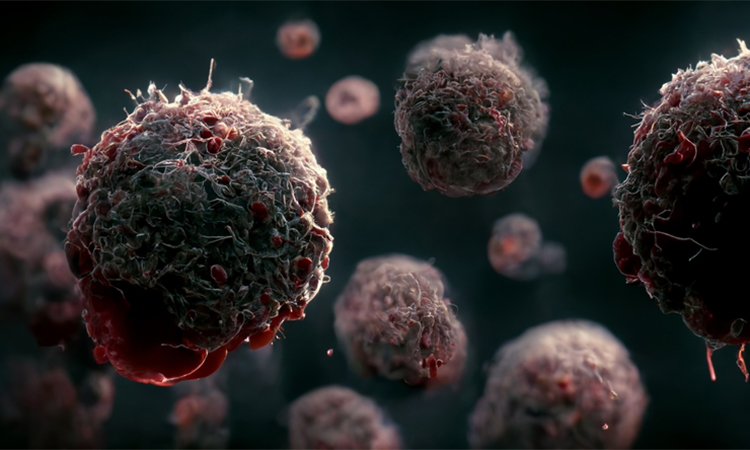 Scientists from the University of Stanford, US have developed a new method to predict which antigens faster and more accurately will lead to a strong immune response. Their approach, which was reported in Nature Methods could help scientists develop more effective cancer immunotherapies.

T cells use T-cell receptors to molecularly read peptides, or short pieces of proteins – which are cradled within larger proteins called major histocompatibility complexes (pMHCs) that project from cell surfaces. Healthy host cells display an array of pMHCs that do not trigger an immune response, but once T cells recognise disease-indicating peptides, they become activated to find and kill cells bearing these foreign signatures. Understanding how T cells sensitively distinguish these antigenic peptides from host peptides to avoid mistakenly killing host cells has long been a mystery.

The key to selectivity is in the T cell crawl. T cells’ sliding puts stress on the bonds between receptors and peptides, and in most cases, that extra stress is enough to break that bond. But sometimes, it has the opposite effect. The authors had already shown that the most antigenic peptides are those whose interactions with T-cell receptors grow stronger in response to sliding.

Identifying the best antigen-receptor pairs requires simultaneously applying that sliding, or shear, force between a peptide and a T cell and measuring T-cell activation, ideally thousands of times to get repeatable data for many possible peptide/T-cell receptor pairs. But existing methods are time-intensive and can result in measuring only one peptide with hundreds of T cells in a day.

To make a simplified system that mimics cells with dangling peptides, they constructed small spherical beads from a material that expands upon heating and attached a few molecules of a given peptide-studded pMHC to their surfaces. After depositing a T cell atop each bead and waiting long enough for receptors to bind to the peptides, they then very slightly heated the bead. The bead’s expansion increases the distance between tether points, and the corresponding stretching of the T cell mimics the force it would experience sliding along cells in the body. After exerting that force, the team then measured how active the T cells were.

They could do hundreds of individual experiments in parallel by using beads that are each labelled with a unique colour, making it possible to track multiple different pMHCs. They took two sets of pictures tiling across each slide after each run: one set that tells them which pMHC a given bead is displaying and another that tells them how active each T cell atop that bead is. Cross-referencing those images tells them which antigens led to the strongest T-cell responses.

In this demonstration of their platform, the team showed, with 21 unique peptides, that their results confirmed known activating and non-activating peptides for one T- cell receptor and uncovered a previously unknown antigen that induced a strong T-cell response. They have also already begun to address a challenge in immunotherapy: the T-cell receptors that form the highest affinity interactions with antigens in the lab are often also activated by non-antigenic peptides in the body, a dangerous side effect that leads to the killing of healthy cells. Using their technology, the team characterised T-cell receptors engineered to specifically recognise tumour antigens without off-target reactivity. In future work, they plan to build libraries of over 1,000 peptides to uncover novel antigens.

They hope that this approach, which is quick and requires few cells, or an optimised form of it could one day be used to improve personalised immunotherapies.