The interaction between proteins on apoptotic cells and receptors of the murine immune system prevents autoimmune reactions and could be the basis for new treatments, according to scientists. 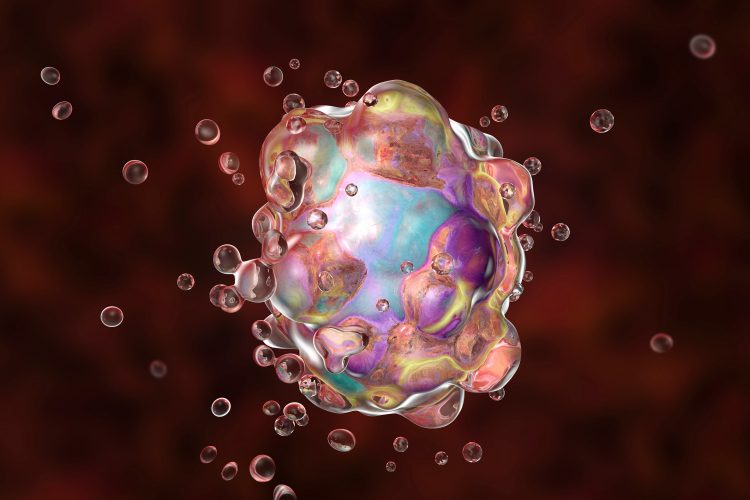 Scientists have identified a receptor on murine immune cells that stops an autoimmune reaction in response to immune system cells engulfing the proteins of host tissues dying through apoptosis.

The research was conducted at the German Cancer Research Center or Deutsches Krebsforschungszentrum (DKFZ).

“We began wondering many years ago what kind of protective mechanism prevents autoimmune reactions – the body attacking its own tissues – when cells in the immune system, such as dendritic cells, take up the remains of the dead cells,” said Peter Krammer, an immunologist at the DKFZ.

The study, published in Cell Reports, reveals that as soon as apoptosis is triggered, the dying cells transport annexin proteins to the cell surface. The annexins act as a stop signal for the cells of the immune system and prevent an immune response from being triggered.

The annexin-binding receptor on the surface of dendritic cells was identified as dectin-1. Murine models with dectin-1 deletions showed a stronger immune response to apoptotic cells and developed symptoms of autoimmune conditions in later life. The team concluded dectin-1 interaction with annexin is an important control mechanism to prevent autoimmunity.

“But we assume that the body has other protective functions to prevent autoimmune reactions too. That’s why the loss of dectin-1 in the animals does not become apparent until later in life,” explained Kevin Bode, a scientist from Krammer’s department.

“Interestingly, dectin-1 has a dual role,” added Krammer. Dectin-1 not only binds annexins; it also binds certain pathogens at a different binding site, which triggers an immune response. “We thus identified a crucial immune checkpoint which, depending on the binding partner, either triggers or suppresses the immune response,” he explained.