UPF and John Hopkins scientists have discovered how cancer cells exposed to high viscosity environments change their movements to improve their invasiveness and favour metastases. 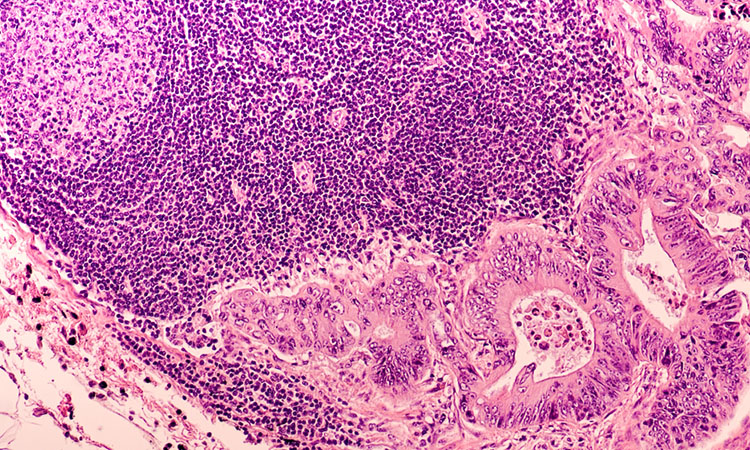 The labs of Dr Konstantinos Konstantopoulos of Johns Hopkins University, US and of Dr Miguel Valverde of Universitat of Pompeu Fabra (UPF); together with teams from US and Canada have been working together over the past six years to unravel how cancer cells use ion movement through mechanically activated ion channels – stimuli that deform cell membranes – to adapt their movement to different mechanical stresses and environments.

They underwent two studies: observing the movement of cells in three-dimensional media generated using bioengineering techniques, which resemble the pathways along which cells normally move in the body.

Key proteins were located within the cell using high-resolution microscopy, cell volume, ion movements and electrical activity were recorded; they evaluated how the expression of different genes that are important for the progression of cancer changes.

In the first study, published in Nature Communications, the team found that cancer cells can move in confined spaces by simply taking in water at the leading edge of the cell and releasing it at the trailing edge.

This is possible because in their leading edge, the cells accumulate an ion transport system, the sodium/proton exchanger (NHE1), which charges the cell with sodium, increasing osmotic pressure and favouring the entry of water into the cell.

At the same time, cancer cells concentrate the SWELL1 protein in their trailing edge. SWELL1 is a chloride channel activated by increases in cellular water content that facilitates the exit of chloride and water.

The result of the co-ordinated action of these two ion transport systems on the leading and trailing edges enables cell movement. Thus, the study shows that the activity of these two systems is essential for the movement of cancer cells outside of blood vessels and in the development of metastasis.

In the second study, published in Nature, the scientists questioned how changes in viscosity in the cellular environment could condition the way cancer cells move and behave.

In previous studies, Valverde’s team demonstrated that cells adapt to high viscosity situations by activating a protein called TRPV4, an ion channel that facilitates the entry of calcium into the cell, otherwise impossible due to the lipid membrane that delimits the cell and is impermeable to ions.

By exposing cancer cells to high viscosity, they observed that the first cellular element that responded to this stimulus was the protein actin. This initiated a cascade of molecular events that ended with the activation of the TRPV4 channel, which in turn activated a cascade of intracellular events that result in the reinforcement of the cell cytoskeleton and the activation of motor proteins.

All these changes cause the cells to modify their means of migration and no longer employ the movement of water. In the words of Dr Selma Serra of UPF, co-author of the study, “it is as if the cells had gone to the gym to train hard – under high viscous loads – and perform better when they are physically challenged on their journey from the primary tumour to their final destination in distant metastasis.”

The researchers also found that cells not only move faster when surrounded by high viscosity fluids, but when they have been previously exposed to such fluids and then removed. The cells can also develop a memory of their exposure to this condition.

“At this stage, we cannot propose a specific molecular intervention to combat cancer metastasis, but we believe that the molecules and pathway we identified in our study can be used as pharmacological targets for possible cancer therapies,” Valverde concluded.