By studying the gut microbes of rats, researchers discovered that a bacteria known as Coprococcus comes contributes to resistance to high blood pressure drugs. 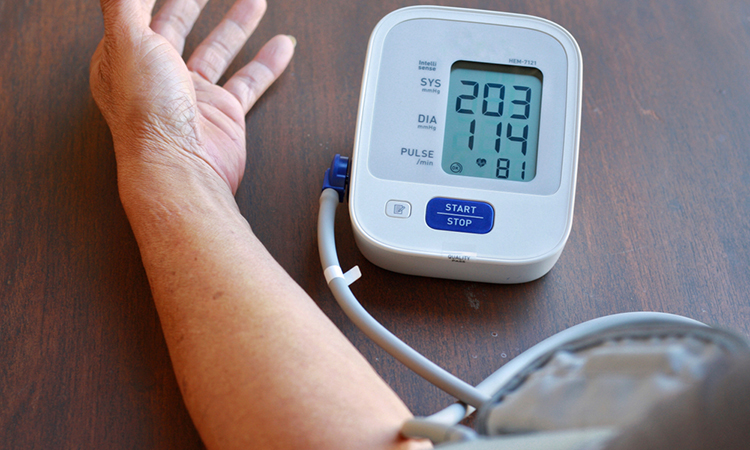 Around 20 percent of high blood pressure patients in the US have treatment-resistance hypertension. By studying the gut microbes of rats, researchers at the University of Toledo, US found that a bacteria known as Coprococcus comes contributes to resistance to ACE inhibitors, one of the primary drug classes used to treat high blood pressure. Researchers presented the new research at the American Society for Pharmacology and Experimental Therapeutics annual meeting during the Experimental Biology (EB) 2022 meeting, that was held during 2–5 April in Philadelphia, US.

“Today, doctors treat resistant hypertension by adding or substituting medications, which can contribute to overdoses, more side effects and noncompliance,” said Dr Tao Yang, Assistant Professor at the University of Toledo. “A better understanding of the relationship between gut microbes and drug efficacy could lead to new treatment approaches for people who do not respond to blood pressure medication. This could include new drugs or modulating gut microbiota with probiotics, antibiotics, and other methods.”

Research has shown that the microorganisms in our gut contain a variety of enzymes that can affect drug metabolism. To find out if gut microbiota might play a role in resistance to blood pressure medicine, the team administered a single dose of the ACE inhibitor quinapril to rats with high blood pressure. They found that quinapril was more effective at lowering blood pressure in hypertensive rats with a lower gut microbiota load. When they analysed the composition of the gut microbiota, C. comes emerged as an important player.

Through additional experiments, the researchers found that C. comes can break down quinapril. They also observed that giving C. comes and quinapril to hypertensive rats reduced blood pressure less than administering quinapril alone.

“We are still in the early stages of determining the interactions between gut bacteria and antihypertensive medications,” said Yang. “However, our current findings suggest that the same drug may not be appropriate for everyone because each person has a unique gut microbial composition with a unique profile of enzymatic activities.” 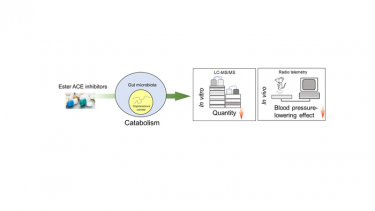 Researchers discovered that a bacterium known as Coprococcus comes may contribute to resistance to ACE inhibitors. They used studies involving liquid chromatography–mass spectrometry and blood pressure readings recorded via radio telemetry from a rat model of hypertension. [Credit: Tao Yang, Department of Physiology and Pharmacology, University of Toledo].

The researchers are now performing similar experiments using other types of gut bacteria and additional blood pressure medications to further explore how the gut microbiota modulates the effectiveness of antihypertensive drugs.