A study has revealed that activation of syndecan-4 sensory protrusions extending from cells may be a future target for cancer therapy. 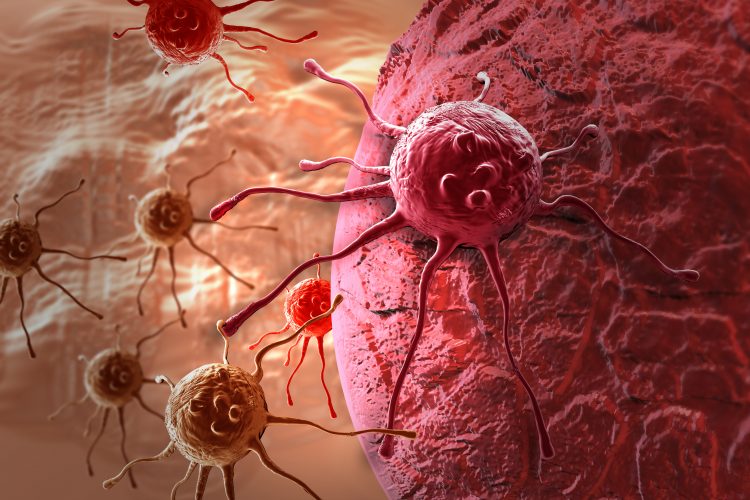 Research has found that protrusions from cells used to sense and respond to their external environment may drive some cellular processes associated with cancer and other diseases, making them a possible target for future therapies.

The sensory protrusions, formed of syndecan-4 and integrin proteins, sit across the cell membrane and have a projection both into and out of the cell. They sense the conditions outside the cell and convert signals into biochemical messages that alter gene expression and regulation of cellular process to change the internal environment of the cell.

The researchers identified that activating these sensory protrusions triggered a pathway involving the yes-associated protein (YAP) that caused cells to express some of the hallmarks of cancer.

YAP was found to reduce cell ability to programme its own death through apoptosis, allowing ageing, malfunctioning and cancerous cells to spread. The team also showed that YAP had a role in angiogenesis, the formation of blood vessels typically seen in cancers when the tissue mass grows rapidly and becomes poorly perfused.

Dr Armando del Río Hernández, lead researcher at Imperial College London’s Department of Bioengineering said: “The way cells interact with their environment could inform how we engineer tissues and mimic human organs for drug design. Syndecan-4 could now play a fundamental part in this endeavour.”

He also highlighted the role of syndecan-4 in cell stiffening. Movement outside the cell, sensed by syndecan-4, caused tension in the internal cytoskeleton of the cell and activated PI3K, a regulator of further hallmarks of cancer.

Co-lead author Dr Stephen Thorpe, Queen Mary University of London revealed: “As syndecan-4 is expressed on almost all of our cells, the mechanisms we’ve uncovered could be targeted to alter any number of diseases and biological processes.”

“Our next approach will involve syndecan-4 as a key contributor in disease. We hope this will lead to new insights into disease mechanisms,” concluded Dr del Río Hernandez.

The paper was published in Nature Materials.