The scientists argue the technique enables the creation of complex, data-rich “maps” of organs, including diseased organs and tumours, which could be widely useful in pre-clinical research. 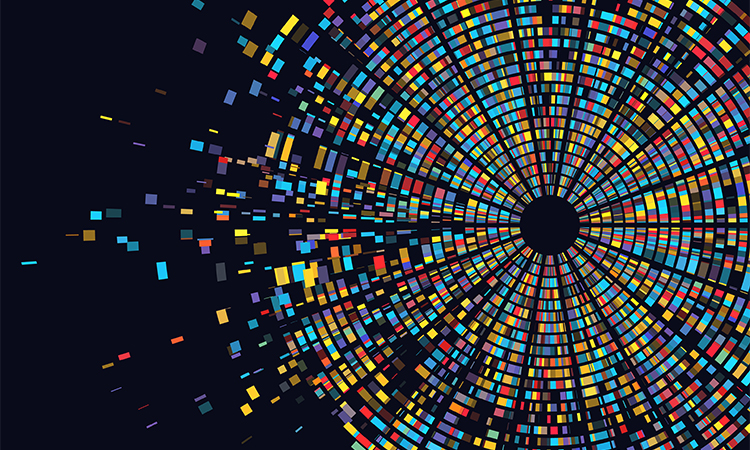 A new method can illuminate the identities and activities of cells throughout an organ or a tumour at unprecedented resolution, according to a study co-led by researchers at Weill Cornell Medicine, NewYork-Presbyterian and the New York Genome Center, all US.

The technique, described in Nature Biotechnology, records gene activity patterns and the presence of key proteins in cells across tissue samples, while retaining information about the cells’ precise locations. This enables the creation of complex, data-rich “maps” of organs, including diseased organs and tumours, which could be widely useful in pre-clinical and clinical research.

“This technology is exciting because it allows us to map the spatial organisation of tissues, including cell types, cell activities and cell-to-cell interactions, as never before,” said study co-senior author Dr Dan Landau.

The new method is part of a broad effort by scientists and engineers to develop better ways of “seeing” at micro scale how organs and tissues work. Researchers in recent years have made advances particularly in techniques for profiling gene activity and other layers of information in individual cells or small groups of cells. However, these techniques typically require the dissolution of tissues and the separation of cells from their neighbours, so that information about profiled cells’ original locations within the tissues is lost. The new method captures that spatial information as well, and at high resolution.

The method, called Spatial PrOtein and Transcriptome Sequencing (SPOTS), is based in part on existing 10x Genomics technology. It uses glass slides that are suitable for imaging tissue samples with ordinary microscope-based pathology methods but are also coated with thousands of special probe molecules. Each of the probe molecules contains a molecular “barcode” denoting its two-dimensional position on the slide. When a thinly sliced tissue sample is placed on the slide and its cells are made permeable, the probe molecules on the slide grab adjacent cells’ messenger RNAs (mRNAs), which are essentially the transcripts of active genes. The method includes the use of designer antibodies that bind to proteins of interest in the tissue — and bind to the special probe molecules. With swift, automated techniques, researchers can identify the captured mRNAs and selected proteins, and map them precisely to their original locations across the tissue sample. The resulting maps can be considered alone or compared to standard pathology imaging of the sample. 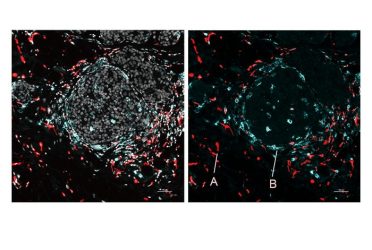 The team demonstrated SPOTS on tissue from a normal mouse spleen, revealing the complex functional architecture of this organ including clusters of different cell types, their functional states, and how those states varied with the cells’ locations.

Highlighting SPOTS’ potential in cancer research, the investigators also used it to map the cellular organisation of a mouse breast tumour. The resulting map depicted immune cells called macrophages in two distinct states as denoted by protein markers — one state active and tumour-fighting, the other immune-suppressive and forming a barrier to protect the tumour.

“We could see that these two macrophage subsets are found in different areas of the tumour and interact with different cells — and that difference in microenvironment is likely driving their distinct activity states,” said Dr Landau.

Such details of the tumour immune environment — details that often can’t be resolved due to immune cells’ sparseness within tumours — might help explain why some patients respond to immune-boosting therapy and some do not, and thus could inform the design of future immunotherapies, he added.

This initial version of SPOTS has a spatial resolution such that each “pixel” of the resulting dataset sums gene activity information for at least several cells. However, the researchers hope soon to narrow this resolution to single cells, while adding other layers of key cellular information.