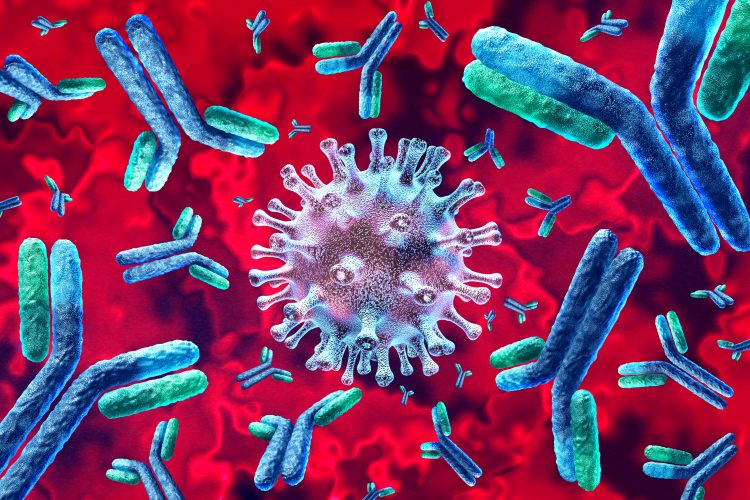 Researchers have found that immunoglobulin A (IgA) serotype antibodies dominate the early response to SARS-CoV-2 infection, contribute more to neutralising the virus and continue to circulate for months after symptom onset. As a result, the scientists suggest that future COVID-19 vaccines should be developed to encourage an IgA response and that IgA-based tests could be used to detect infection at early stages.

In a new study published in Science Translational Medicine, researchers analysed the acute humoral response to infection with SARS-CoV-2 (the virus that causes COVID-19) in 159 COVID-19 patients. This analysis included an evaluation of the frequency of antibody-secreting cells and the presence of SARS-CoV-2-specific neutralising antibodies in the patients’ serum, saliva and broncho-alveolar fluid.

They found that the early response to SARS-CoV-2 was dominated by IgA antibodies. According to the paper, shortly after symptom onset, there was a detectable expansion in the number of IgA plasmablasts – cells secreting IgA antibodies – which peaked in roughly the third week of COVID-19.

The study showed that while there were also IgG and IgM antibody responses following the initial IgA response, IgA contributed more to virus neutralisation than IgG. According to the study, while the serum concentration of SARS-CoV-2-specific IgA antibodies decreased after a month, these neutralising antibodies remained in saliva for up to 73 days after symptoms subsided.

In a separate study, also published in Science Translational Medicine, Zijun Wang and colleagues examined SARS-CoV-2-specific IgA and IgG antibody responses more closely. They found two different forms of IgA antibodies in plasma. IgA monomers were found to be two-fold less potent than their IgG equivalents; however, dimeric IgA antibodies, the primary form of antibody in the nasopharynx, were on average fifteen times more potent than IgA monomers against the same target.

The team therefore concluded that triggering a response including dimeric IgA may be particularly important for vaccine efficacy and that direct oral or nasal delivery of dimeric IgA antibodies for SARS-CoV-2 could offer protection against the virus.