AstraZeneca announced that MedImmune, its global biologics research and development arm, has entered into a licensing agreement with Omnis Pharmaceuticals (Omnis), a privately-held biotechnology company focused on the development of oncolytic viruses… 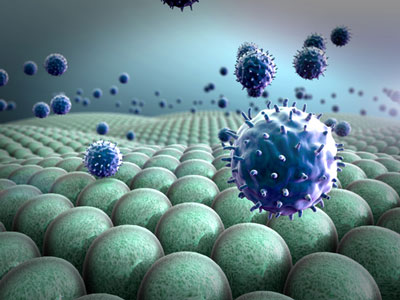 AstraZeneca today announced that MedImmune, its global biologics research and development arm, has entered into a licensing agreement with Omnis Pharmaceuticals (Omnis), a privately-held biotechnology company focused on the development of oncolytic viruses. This agreement will allow MedImmune to combine key agents from its investigational immunotherapy portfolio with Omnis’ lead investigational oncolytic virus programme, a genetically engineered strain of vesicular stomatitis virus (VSV). The programme is currently being studied in a Phase I clinical trial as a monotherapy for the treatment of hepatocellular carcinoma and other cancers that have metastasised to the liver.

Oncolytic viruses are designed to target tumour cells with the killing potency of viruses. VSV is among a group of naturally occurring viruses that can be engineered to selectively infect tumour cells and destroy them without harming healthy cells. These oncolytic viruses represent a potentially powerful new tool in the fight against cancer and may be synergistic with various immunotherapies currently being developed by MedImmune.

Under the terms of the agreement, MedImmune has the license to develop and, if successful, to commercialise Omnis’s lead oncolytic virus programme. Clinical development of the virus will be accelerated with the objective of rapidly progressing to combination studies with MedImmune’s immunotherapy molecules.

“We believe that MedImmune’s portfolio of immunotherapeutic agents, which harness the ability of the immune system to attack cancer cells, will produce beneficial synergies with our VSV programme,” said Stephen J. Russell, Chief Executive Officer, Omnis Pharmaceuticals. “We are taking advantage of the immense ‘intelligence’ of viruses and the immune system, which are usually in conflict with each other, to combat another resourceful adversary, the tumour.”