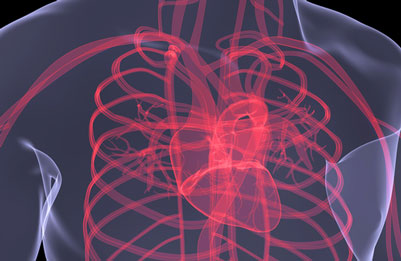 Imec, Medtronic, Ghent University and their project partners today announced the launch of the CARDIS project. Together they will develop and validate an early-stage cardio vascular disease detection platform using integrated silicon photonics. The project is supported by the recently launched European Union’s Horizon 2020 Framework Programme for Industrial leadership in Information and Communication Technologies (H2020). The project’s overarching goal is the investigation and demonstration of a mobile, low-cost device based on a silicon photonics integrated laser Doppler vibrometer. The concept will be validated for the screening of arterial stiffness, detection of stenosis and heart failure in a clinical setting.

Early identification of individuals at risk for cardio vascular disease (CVD) allows early intervention for halting or reversing the pathological process. This drives the CARDIS project team to develop a mobile, low-cost, non-invasive, point-of-care screening device for CVD. Assessment of arterial stiffness by measurement of the aortic pulse wave velocity (aPWV) is included in the latest ESC/ESH (European Society of Cardiology / European Society of Hypertension) guidelines for CVD risk prediction. Besides aPWV, early identification of arterial stenosis and cardiac contraction abnormalities can be used to improve CVD risk classification. To date, there are no tools available to screen a large population set at primary care level on these parameters, and individuals that are considered to be at low or moderate risk too often go undiagnosed.

The CARDIS research activities include:

Over the next three and a half years, CARDIS will be managed by imec, through imec’s associated laboratory located at Ghent University (Photonics Research Group in the Department of Information Technology). Medtronic Bakken Research Center (Netherlands) will be responsible for the scientific and technical coordination of the project. Other industrial, academic and clinical partners will bring their expertise to the project: SIOS Messtechnik (Germany), University College Cork Tyndall (Ireland), INSERM (France), Queen Mary University of London (United Kingdom), Universiteit Maastricht (Netherlands), Ghent University and Fundico (Belgium).

Interested to learn more about the potential of silicon photonics? Imec is exhibiting at next week’s SPIE Photonics West in San Francisco (booth 4635) and organizing a workshop and demonstration session on Silicon Photoncis together with MOSIS (February 10-11).