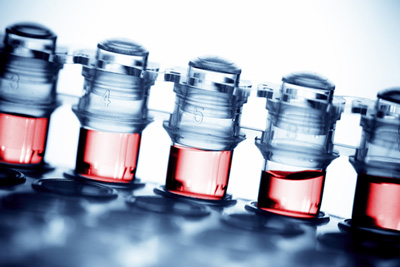 Embera NeuroTherapeutics has announced that the first subject has received the initial dose in a Phase 1 clinical trial evaluating EMB-001.

A novel combination of the FDA-approved drugs metyrapone and oxazepam, EMB-001 is being investigated for the potential treatment of cocaine use disorder and other addictions such as tobacco and methamphetamine use disorders.

The randomised, double-blind, combined single and multiple rising dose clinical trial will evaluate the safety and pharmacokinetics of EMB-001 in healthy adult volunteers who smoke. The estimated 24 patients to be enrolled in the study will be placed into three cohorts. In each cohort, six patients will be randomised to receive EMB-001 and two will receive placebo. Patients will receive a single dose of EMB-001 or placebo on the first day, followed two days later by twice daily doses for seven days. The low dose will be administered to the first cohort, and increasing doses are planned to be administered to the second and third cohorts, depending on results from prior cohorts. All planned doses are low relative to the maximum FDA-approved doses for the components, which is consistent with Embera’s hypothesis, supported by published data that they may combine to have greater efficacy in reducing the stress response associated with quitting an addictive drug.

The primary endpoints are safety and tolerability. Pharmacokinetics of metyrapone, oxazepam and metyrapol, the primary metabolite of metyrapone, will be measured in plasma. In addition, tobacco use and craving measures will be evaluated as exploratory efficacy endpoints. Top-line data are anticipated by the end of 2015.

“Substance use disorders bring the highest medical costs to society among central nervous system disorders, yet there are very few treatments either approved or in clinical development,” said Michael Detke, M.D., Ph.D., Chief Medical Officer of Embera. “EMB-001 is unique as the drug components, metyrapone and oxazepam, have been used for decades and have the potential to synergistically reduce the stress response associated with quitting addictive drugs. This small, Phase 1 trial may yield important safety and pharmacokinetic data, along with potential preliminary signs of efficacy, to inform our plans for advancing EMB-001 through later stage clinical development.”

“This Phase 1 clinical trial is an enormous milestone for Embera NeuroTherapeutics. We are pleased to be administering drug/placebo to subjects in EMB-001’s first clinical trial on the path to regulatory approval for a disease, cocaine use disorder, where today there are no approved treatments,” said Bob Linke, Chief Executive Officer of Embera. “We are proud to be progressing in our mission to address serious needs in addiction disorders.”