The results of a study presented at EULAR 2015 showed that people with systemic sclerosis have a unique bacterial signature in their colon. 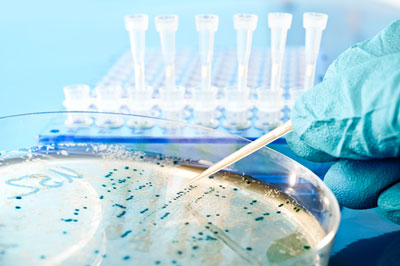 The results of a study presented at the European League Against Rheumatism Annual Congress (EULAR 2015) Press Conference showed that people with systemic sclerosis have a unique bacterial signature in their colon, when compared with healthy people.

These findings suggest that changes in the gut ecology could contribute to the clinical symptoms of systemic sclerosis, and could be used to diagnose the condition, and in the development of alternative treatments.

Systemic sclerosis is an autoimmune disease affecting multiple organs. Up to 90% of people with systemic sclerosis will suffer from gastrointestinal tract involvement, which causes symptoms ranging from reflux, difficulty swallowing and feeling bloated or full, to diarrhoea, constipation and faecal incontinence.

“Although gastrointestinal tract dysfunction is a major cause of morbidity and mortality in patients, its aetiology has always remained elusive,” said study investigator Dr Elizabeth Volkmann, University of California, Los Angeles, David Geffen School of Medicine, United States. “By identifying significant differences in bacteria – both in type and quantity – seen in the colons of healthy individuals and those with systemic sclerosis, we hope to have pinpointed the exact changes in body ecology that may contribute to the clinical symptoms of this disease. We believe investigating this specific microbial signature further has the potential to lead to better diagnostic tools and treatment for a truly debilitating condition.”

The data showed significant differences between patients with systemic sclerosis and healthy individuals, with a marked reduction in specific bacteria known to supply essential nutrients (commensal bacteria; Bacteroides and Faecalibacterium), and increases in bacteria causing infection (pathogenic bacteria; Enterobacteriales and Fusobacterium). This is the first study to directly examine the microbial makeup of the colon, and suggests that an imbalance in bacteria is a feature of systemic sclerosis.