A new study, led by scientists at UC Irvine, demonstrates how Huntington’s disease proteins spread from cell to cell and could lead to new treatments… 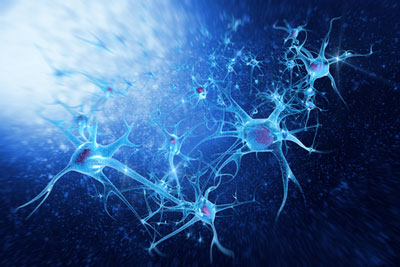 A new study, led by scientists at UC Irvine, demonstrates how Huntington’s disease proteins spread from cell to cell.

By identifying in spinal fluid how the characteristic mutant proteins of Huntington’s disease spread from cell to cell, researchers have created a new method to quickly and accurately track the presence and proliferation of these neuron-damaging compounds – a discovery that may accelerate the development of new drugs to treat this incurable disease.

The researchers added that the cell-to-cell “seeding” property of these mutant proteins seems to be a critical part of the disease’s progression. Their findings also advance a new drug-discovery approach: stopping the cellular transfer of the seeding compounds.

Huntington’s disease is a genetically based, severe neurodegenerative disorder that results in progressive motor, cognitive and psychiatric impairment and, ultimately, death. There is no effective treatment for Huntington’s, which is characterised by an accumulation of misfolded mutant proteins that interfere with brain function.

As part of their study, the researchers introduced a new screening test that measures mutant huntingtin protein seeding in cerebrospinal fluid, which can be obtained via a simple procedure. This assay distinguishes symptomatic Huntington’s disease subjects – who have high seeding activity – from gene carriers not yet showing symptoms – who have lower seeding activity. Fluid samples from non- Huntington’s disease individuals do not exhibit this seeding property.

“Determining if a treatment modifies the course of a neurodegenerative disease like Huntington’s or Alzheimer’s may take years of clinical observation,” said study leader Dr Steven Potkin, UCI professor of psychiatry & human behavior. “This assay that reflects a pathological process can play a key role in more rapidly developing an effective treatment. Blocking the cell-to-cell seeding process itself may turn out to be an effective treatment strategy.”

Evaluating whether a drug prevents seeding will be much quicker than longitudinal assessment of symptoms, added study co-leader Zhiqun Tan, an associate researcher at the UCI Institute for Memory Impairments and Neurological Disorders (UCI MIND). Seeding measurements can also aid in determining the optimal dosage of a new therapy. Additionally, gauging the seeding property of misfolded proteins may prove to be useful in the development of new treatments for other neurodegenerative diseases, such as Alzheimer’s, ALS and Parkinson’s.