Scientists discover blood protein that may indicate risk of Alzheimer’s 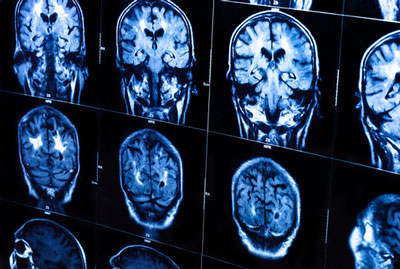 Scientists at King’s College London have identified a single blood protein that may indicate the development of Mild Cognitive Impairment (MCI) years before symptoms appear.

MCI is a disorder that has been associated with an increased risk of Alzheimer’s disease or other dementias.

The new research used data from over 100 sets of identical twins from TwinsUK, the biggest adult twin cohort in the UK. The use of twins in the study indicated that the association between the blood protein and a ten year decline in cognitive ability was independent of age and genetics, both of which are already known to affect the risk of developing Alzheimer’s disease.

The study, the largest of its kind, measured over 1,000 proteins in the blood of over 200 healthy individuals, using a laboratory test called a SOMAscan, a protein biomarker discovery tool which allows a high volume of proteins to be measured simultaneously. Using a computerised test, the researchers then assessed each individual’s cognitive ability, and compared the results with the measured level of each protein in the blood.

For the first time, they found that the blood level of a protein called MAPKAPK5 was, on average, lower in individuals whose cognitive ability declined over a ten year period.

There are currently no treatments available proven to prevent Alzheimer’s disease, and prevention trials for Alzheimer’s disease can be problematic because to be effective, they must involve individuals at risk of the disease, who can be hard to identify. Studies using Magnetic Resonance Imaging (MRI) and Positron Emission Tomography (PET) brain scans have been shown to display visible signs of the disease before the onset of symptoms, but these types of scans are both timely and costly.

To date, few other studies have looked at the blood of individuals with very early stages of cognitive decline and therefore most appropriate for a prevention study. Identifying blood markers such as MAPKAPK5, which may indicate a person’s future risk of Alzheimer’s disease, could contribute towards the better design of prevention trials.

Dr Steven Kiddle, Biostatistics Research Fellow at the MRC Social, Genetic & Developmental Psychiatry Centre at King’s College London, said, “Although we are still searching for an effective treatment for Alzheimer’s disease, what we do know is that prevention of the disease is likely to be more effective than trying to reverse it.

‘”The next step will be to confirm whether or not our initial finding is specific for Alzheimer’s disease, as this could lead to the development of a reliable blood test which would help clinicians identify suitable people for prevention trials.”

Dr Claire Steves, Geriatrician and Senior Lecturer in Twin Research at King’s, added, “We’re very optimistic that our research has the potential to benefit the lives of those who don’t currently have symptoms of Alzheimer’s, but are at risk of developing the disease.”

The research is published in the journal Translational Psychiatry.