Examining post-mortem tissue from the brains of people with Alzheimer’s disease, researchers identified iron-containing microglia in the hippocampus… 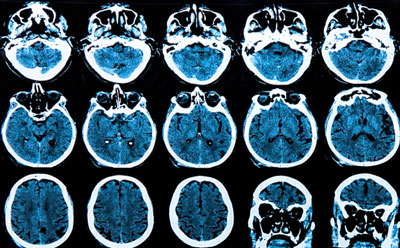 Examining post-mortem tissue from the brains of people with Alzheimer’s disease, Stanford University School of Medicine investigators identified what appear to be iron-containing microglia in a particular part of the hippocampus.

In post-mortem brain tissue from people not diagnosed with Alzheimer’s, neither the iron deposits nor the scavenger cells engulfing them were present in that brain region.

The findings suggest that high-field magnetic resonance imaging, in particular an advanced version called 7T MRI that uses a powerful 7-Tesla magnet, could someday be used to diagnose and monitor Alzheimer’s patients earlier than is currently possible.

The findings also add a new suspect to the Alzheimer’s disease lineup. A long-held hypothesis holds that amyloid plaques are the main cause of the disorder. These plaques are extracellular aggregations of a small protein called beta-amyloid that are prominent in diseased patients’ brains, as well as in mouse models of the disease. The other most cited key player is tau, another Alzheimer’s-associated protein that abnormally aggregates into threadlike tangles inside nerve cells. Surprisingly, in the brain region of interest there was no consistent overlap between the iron-laden microglia and the amyloid plaques or tau.

The bulk of microglia found in association with iron in the study were in an activated, inflammatory state. Alzheimer’s is increasingly understood to involve brain inflammation, and groups led by Stanford researchers have previously identified microglia as potential suspects in the early inflammatory pathology of the disease. This study adds the new finding that inflamed, iron-associated microglia are present in the hippocampus in Alzheimer’s and are observable by 7T MRI, which could advance the scientific community’s understanding of the disease.

The researchers noted that this was a preliminary study performed on a small number of human brain specimens, which are generally difficult to obtain. In this case, the specimens were supplied by the study’s senior author, Brian Rutt, PhD, professor of radiology.

“Some imaging studies using mouse models of Alzheimer’s disease had revealed the presence in these mice’s brains of tiny, mysterious black dots that could signal the presence of iron, an element that shows up dark under MRI and, in certain chemical forms, can be highly reactive and inflammation-inducing,” Rutt said. These mouse studies had raised the possibility that this iron might be tightly associated with amyloid plaques.

No iron-containing microglia were found in the control brains

In a series of steps combining 7T MRI, computational analysis and painstaking laboratory staining techniques, the scientists probed slabs of tissue taken from several places within the brains of each of five Alzheimer’s and five control brain specimens. These slabs were scanned via 7T MRI, which can provide hair’s-thickness resolution in three dimensions. In images from four out of the five Alzheimer’s brains – but in none of the control brains – the researchers observed black dots in the subiculum, a component of the hippocampus. The hippocampus is known to incur some of the earliest and most severe ravages of Alzheimer’s disease.

The Stanford scientists then carefully sectioned the tissue slabs into several hundred ultrathin sections; incubated those sections with stains that pinpoint the location of iron, microglia, amyloid plaques and tau; and analysed the resulting stain patterns.

What emerged was evidence that iron, frequently engulfed by microglia, was occupying the same spots in the subiculum of Alzheimer’s brains where 7T MRI had found black dots. Those microglia were mostly in an activated state.

Also notable was the relative absence of amyloid plaques in these spots. “We didn’t consistently find the iron associated with plaques as we were expecting, despite our best efforts to do that,” said Rutt. Tau was more often nearby but, again, not consistently.

Iron-associated microglia seems to be concentrated in the subiculum

“Amyloid is found all over the brain in Alzheimer’s disease, and often in the brains of people who’ve died with no complaints of memory loss at all,” Zeineh said. “Tau is also found throughout the Alzheimer’s brain. This iron-microglia complex, in contrast, really seems concentrated in the subiculum – and, so far, it’s showing up only in brains from Alzheimer’s patients.”

Zeineh and Rutt said they don’t know how the iron gets into brain tissue, or why it accumulates where it does. Micro-injury to small cerebral blood vessels there was one possibility, they speculated.

The researchers cautioned that the stains used in the study wouldn’t have been able to visualize soluble clusters of beta-amyloid, now increasingly believed to be the protein’s toxic form, as opposed to the aggregated plaques. Soluble amyloid may yet be playing a major if still poorly understood role, they said.

The researchers intend to examine more wide-ranging areas of the brain and to stain for more cell types within larger numbers of post-mortem brain specimens. They also plan to hunt for iron-filled microglia in the brains of living patients during the early stages of neurodegeneration and memory loss that precede the onset of Alzheimer’s disease. Their ultimate goal is to translate these imaging findings into clinical tools to help in the fight against dementia.

The study findings are published in Neurobiology of Aging.