Emergent BioSolutions has been awarded a BARDA contract valued at $19.7 million to develop and manufacture three Ebola monoclonal antibodies… 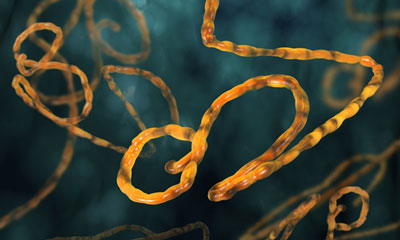 Emergent BioSolutions has been awarded a contract by the Biomedical Advanced Research and Development Authority (BARDA) valued at $19.7 million to develop and manufacture cGMP lots of three Ebola monoclonal antibodies in CHO cell lines at a 2000 litre scale.

This contract is the first BARDA Task Order for an Ebola countermeasure awarded to Emergent under the Centre for Innovation in Advanced Development and Manufacturing (CIADM) programme. Under the scope of this two-year contract, the company will conduct process development, analytical method development, execute small-scale production runs, and perform cGMP cell banking leading to cGMP manufacture of bulk drug substance.

“Emergent is pleased to work with BARDA on this contract, which reflects the government’s commitment to enhancing public-private partnerships and, together, taking steps to achieve a state of readiness against emerging public health threats,” said Adam Havey, executive vice president and president, biodefense division of Emergent BioSolutions. “We look forward to working collaboratively with the government to further this important programme.”

The monoclonal antibodies will be manufactured at Emergent’s Bayview Campus in Baltimore, which is equipped with disposable manufacturing technology such as single use bioreactors that enable production of viral and non-viral products with a quick turnaround. In 2012, it was designated by the US Department of Health and Human Services as a Centre for Innovation in Advanced Development and Manufacturing, which allows the company to contract with the US government through task order requests for requirements such as operational readiness, development and manufacturing of CBRN products, warm base maintenance, surge manufacturing, and workforce development.

In the Bayview Campus facility, Emergent has successfully manufactured product candidates for the company’s pipeline and for ongoing collaborations, including most recently the MVA-EBOZ Ebola vaccine candidate, which is now being evaluated in a Phase 1 clinical study.