The deals market for antisense RNAi therapeutics witnessed a record year in 2014, with a total value of almost $5.6 billion across 59 transactions… 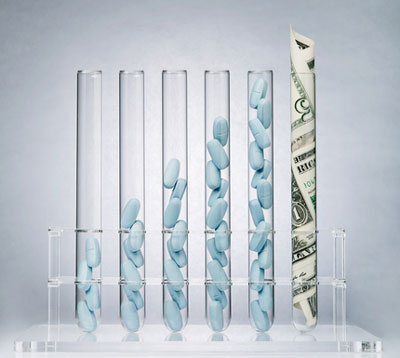 The deals market for antisense RNA interference (RNAi) therapeutics witnessed a record year in 2014, with a total value of almost $5.6 billion across 59 transactions, by far the largest deal value ever seen in this space, according to research and consulting firm GlobalData.

The company’s latest report, PharmaSphere: Emerging Biotechnologies – Antisense RNAi Therapeutics Market Analysis, states that this figure is almost triple that of the previous year, with just over $1.9 billion raised from 62 deals in 2013, and almost double the previous high of approximately $2.9 billion from 58 transactions in 2010.

Adam Dion, MS, Senior Industry Analyst for GlobalData, says three mergers and acquisitions worth $1.2 billion, as well as record highs for licensing and capital raisings, helped to fuel deals in 2014.

“The number and value of capital raisings in the antisense RNAi therapy field has been steadily increasing, with the past six years averaging about 40 deals at a combined value of just over $1.1 billion per year. This peaked in 2014, when capital raisings grew considerably by $600 million in 2013 to $1.9 billion last year, highlighted by a $500 million private placement from Isis Pharmaceuticals.”

GlobalData believes these developments provided a groundswell of support for future industry advancement and expects 2015 to register another strong year for capital raisings, given that 15 deals had already been struck by the end of July, for a total value of over $1.4 billion.

Dion continued, “The majority of the capital raised was from investment banks, such as JP Morgan, Deutsche Bank, and JMP Securities, for top RNAi therapeutics vendors, including Alnylam, Isis Pharmaceuticals, Moderna, and BioMarin.

“Projecting forward, these numbers suggest that the deals volume will be in line with historical averages, although deal values will be significantly higher than pre-2014 levels.”