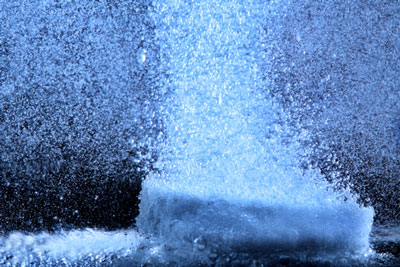 In recent years, researchers have realised that many products, including pharmaceuticals, have ended up where they’re not supposed to be – in our drinking water.

But now scientists from Leuphana University Lüneburg have developed a way to make drugs that break down into harmless compounds before they contaminate our taps.

A wide range of active ingredients originating from pesticides, shampoos, lotions, cosmetics, disinfectants and drugs get washed into sewage systems or rivers and streams, ending up in our tap water. Scientists currently do not have a complete picture of what effects these substances have on wildlife and human health, but they are a major concern. Researchers have detected them in low levels in streams and rivers across the United States and in other countries. Recent research has shown that contamination cannot be sustainably solved with advanced effluent treatment. To address the specific problem of medications in the environment, Klaus Kümmerer and colleagues made tweaks to pharmaceuticals so they degrade after they’ve passed through both the body and sewage treatment systems.

The researchers chose to work with a commonly used drug called propranolol – a beta blocker prescribed to treat high blood pressure and to prevent heart problems. It is very stable and has been found in sewage.

They made a small molecular change in its structure that did not affect its beta blocking activity but allowed it to break down more easily than the original form. Further studies are needed, but initial testing showed that the altered drug and its byproducts are likely not toxic. The researchers suggest that a similar approach could be used to re-design other classes of drugs and chemicals to make them more environmentally friendly, too.

Their report, ‘Re-Designing of Existing Pharmaceuticals for Environmental Biodegradability: A Tiered Approach with β-Blocker Propranolol as an Example’, appears in Environmental Science & Technology.