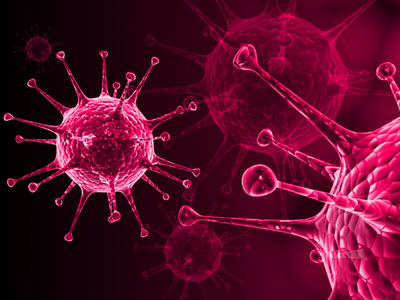 Researchers at the Cincinnati Children’s Hospital Medical Centre investigated the potential of NanoBio’s intranasal NE glycoprotein vaccine in guinea pig challenge models. Using the prophylactic model, guinea pigs were administered an intranasal NE vaccine then subsequently challenged with the herpes simplex virus-2 (HSV2). In this study, the NE-HSV2 vaccine prevented infection and viral latency in 92% of animals vaccinated, versus 8% in the no treatment arm. No adverse events were observed in any of the animals that received the NE vaccine.

In a separate therapeutic guinea pig study, animals were first infected with HSV2 then vaccinated with the intranasal NE vaccine. During the post-vaccination observation period, the NE HSV2 vaccine reduced recurrent lesions by 64% and viral shedding by more than 50%, as compared to animals that received no treatment. Of the animals receiving the NE vaccine, 53% did not shed any detectable virus. Again, no adverse events were observed in any of the animals that received the NE vaccine.

“The results of these studies demonstrate the potential impact and benefits of intranasal NE vaccines to prevent and treat sexually transmitted diseases. Based on the consistently positive data observed in four guinea pig studies conducted to date, we are planning to raise additional capital in 2016 to advance our NE-HSV2 vaccine candidate into Phase 1 clinical studies,” said David Peralta, Chief Executive Officer of NanoBio. “The use of intranasal NE vaccination elicits a mucosal immune response in addition to the systemic immunity generated by intramuscular vaccines, offering unique and significant advantages. A mucosal response is potentially critical to adequately protect against certain respiratory and sexually transmitted pathogens that enter the body across mucosal surfaces.”