The engineered cells induce apoptosis, where the cancer cells self-destruct and disintegrate, preventing the lymphatic spread of cancer any further… 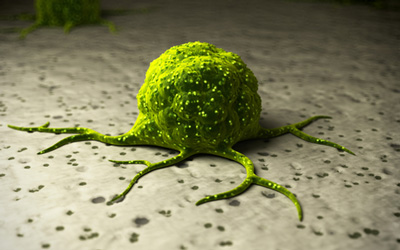 Biomedical engineers from Cornell University have developed specialised white blood cells that seek out cancer cells in lymph nodes to destroy them and halt the onset of metastasis.

“We want to see lymph node metastasis become a thing of the past,” said Michael R. King, the Daljit S. and Elaine Sarkaria Professor of Biomedical Engineering.

For tumour cells, the lymph nodes are a staging area and play a key role in advancing metastasis throughout the body. In the study, the biomedical engineers killed the cancerous tumour cells within days, by injecting liposomes armed with TRAIL (Tumour necrosis factor Related Apoptosis-Inducing Ligand) that attach to natural killer cells residing in the lymph nodes.

“In our research, we use nanoparticles – the liposomes we have created with TRAIL protein – and attach them to natural killer cells, to create what we call ‘super natural killer cells’ and then these completely eliminate lymph node metastases in mice,” said King.

Between 29 and 37 percent of patients with breast, colorectal and lung cancers are diagnosed with metastases in their tumour-draining lymph nodes – those lymph nodes that lie downstream from the tumour, and those patients are at a higher risk for distant-organ metastases and later-stage cancer diagnoses.

In January 2014, King and his colleagues published research that demonstrated by attaching the TRAIL protein to white blood cells, metastasizing cancer cells in the bloodstream were annihilated.

“So, now we have technology to eliminate bloodstream metastasis – our previous work – and also lymph node metastases,” King said.