‘Good’ mosquito virus could hold the key to fighting disease

The newly discovered virus, known as Parramatta River virus, infects only mosquitoes and does not pose any direct health risks to people… 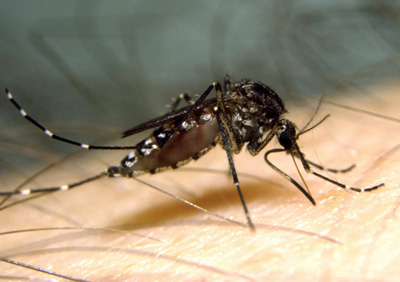 Scientists have discovered a new virus carried by mosquitoes.

The new virus, known as Parramatta River virus, infects only mosquitoes and does not pose any direct health risks to people, according to University of Queensland (UQ) and University of Sydney researchers.

“Viruses are typically viewed as harmful,” she said. “Rarely do we consider that some viruses may hold the key to fighting back against human disease.

“The presence of Parramatta River virus or other similar “good” viruses in a mosquito may make it harder for the human disease-causing ‘bad’ viruses to also infect that mosquito, thus stopping disease transmission.

“This discovery highlights how little we know about mosquitoes and their relationships with pathogens.

University of Sydney medical entomologist Dr Cameron Webb said the saltmarsh Aedes vigilax mosquito, responsible for spreading Ross River virus, was one of the most common pest mosquitoes in coastal regions of Australia, including Sydney and Brisbane.

“It probably bites more people than any other mosquito,” he said. “With this discovery, we could find a way to vaccinate mosquitoes and stop their bites making thousands of Australians sick every summer.”

Queensland and New South Wales recorded a big outbreak of Ross River virus, with this year thousands of people falling ill. Parramatta River virus was discovered in saltmarsh mosquitos collected just west of the Sydney CBD in 2007, and its presence was again confirmed last year and this year in Brisbane.

Dr Hobson-Peters and colleagues, including UQ PhD student Breeanna McLean, developed and implemented a new system to rapidly screen thousands of mosquitoes for the new virus.

“It’s incredibly exciting that we detected Parramatta River virus using our new virus discovery system,” Ms McLean said. “Never before have we been able to assess mosquito populations for novel viruses so easily.”