Tune in to our latest podcast episode where experts explore the benefits of 3D imaging
Development of Next-Generation Vaccines: Registration for our online summit is now open!
Download your complimentary copy of our latest digital journal
Free membership: sign up today to access all of our exclusive content
Hear from industry leaders in our upcoming webinars – reserve your place today!
webinar

Watch this on-demand webinar to learn about orphan GPCRs as drug targets and the challenges related to lead identification.

G protein-coupled receptors (GPCRs) are seven transmembrane receptors capable of transducing a wide variety of extracellular stimuli such as light, taste and smell, into intracellular signals mediated by G-proteins, β-arrestins and other effectors. As a result of their broad signalling capabilities and subsequent mediation of physiological functions, they are the targets for more than one-third of currently prescribed therapeutics.

Despite being the most fruitful target class for drug discovery, many GPCRs remain under-exploited from both a basic science and drug discovery perspective. Approximately one-third of the 350 non-olfactory GPCRs in the human genome are orphan receptors whose endogenous ligands are unknown and many more have been inadequately characterised. Thus, much of the druggable space in the GPCR superfamily remains an untapped resource of potential therapeutic targets.

To address this gap, we have initiated a systematic approach to the identification of chemical probes of orphan GPCRs using a recently developed platform called the Ligand-Induced Forward Trafficking (LIFT) assay. With this assay and a highly curated library of compounds and new approaches to determine compound-target engagement, we identified a series of probe compounds for GPR20, an orphan receptor.

During this webinar, assay development, high-throughput screening (HTS) and hit confirmation and validation as well as the incorporation of Eurofins DiscoverX’s Enzyme Fragment Complementation technology is discussed. Hit-to-lead efforts produced a potent and highly selective probe compound that, when applied to native human cellular models, revealed a heretofore unappreciated role for GPR20 in the function of interstitial cells of Cajal.

Learning outcomes of this webinar 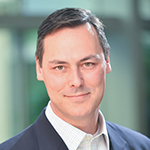 Smith is the Executive Director, Head of Biology & Pharmacology at Sanford Burnham Prebys (SBP) Medical Discovery Institute. He is a leader in early drug discovery, with more than 15 years in the high-risk, academic drug discovery sector. He has authored more than 70 peer-reviewed publications, is named inventor on five patents and has garnered more than $30 million in research funding. He and his team have discovered lead compounds for over 20 GPCRs and more than 100 other targets. Smith earned his PhD from Vanderbilt University and was instrumental in the establishment of the pharmacology and drug discovery groups at both SBP and The Scripps Research Institute. He has been a member of the faculty of both and served as a visiting professor to the University of Florida, College of Pharmacy, and the University of Central Florida, School of Medicine.

To watch this webinar please login, create an account or continue as a guest. If you choose to login or create an account you won't have to complete the registration form, and you'll be able to access most of our content free-of-charge.