[PODCAST] Uses of CRISPR
Download your complimentary copy of our latest digital journal
Free membership: sign up today to access all of our exclusive content
Hear from industry leaders in our upcoming webinars – reserve your place today!
webinar

Targeted protein degradation (TPD) utilises small molecules to redirect a given E3 ubiquitin ligase to a non-canonical protein of interest (POI) substrate. Following this induced proximity of the E3 ligase with the POI and subsequent polyubiquitination of the POI by the E3 ligase, the POI is degraded at the cellular proteasome. Given that 80 percent of the human proteome has traditionally been considered extremely challenging to drug – or undruggable – using small molecule approaches, TPD represents an exciting new paradigm for targeting proteins that lack enzyme active sites or have shallow binding pockets, such as scaffold proteins and transcription factors.

Despite over two decades of research and development since the description of the first PROTAC® degrader in 2001, the majority of degraders that are in clinical trials or that will be entering trials shortly recruit the CRBN or VHL E3 ligases to ubiquitinate a POI. Multiple recent studies have demonstrated that varying the recruited E3 ligase can influence the range of target proteins degraded, as well as the efficiency of the degradation process. Furthermore, tissue-specific enrichment of certain E3 ligases and the dependency of certain tumours on specific E3 ligases may represent important avenues for the development of PROTACs with diminished toxicity profiles and higher thresholds for the development of resistance compared to CRBN or VHL-targeting PROTACs. With over 600 putative E3 ligases annotated in the human genome, exploration of additional E3 ligases can greatly expand the design space for small molecules in TPD.

To help accelerate PROTAC drug discovery and development, Eurofins Discovery is augmenting its novel E3scan™ ligand-binding platform with additional E3 ligase assays. Here, we present E3scan assay validation data for new BTB-Kelch and HECT sub-family E3 ligase targets, including data for E3 ligases that have not yet been utilised in TPD and for which no small molecule ligands have been previously reported. We also present a case study using a published PROTAC targeting BRD4/3 using a warhead used to recruit the BTB-Kelch subfamily E3 ligase KEAP1. Binding selectivity data for KEAP1 is presented for the parent PROTAC molecule as well as a prodrug form.

Learning outcomes of this webinar 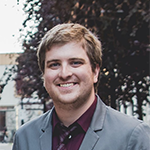 Jean is a Senior Scientist and the San Diego R&D Group Leader at Eurofins Discovery and is responsible for developing the company’s portfolio of biochemical assays in the areas of emerging drug targets and targeted protein degradation. Prior to joining Eurofins Discovery, Jean was a postdoctoral scholar at the Skaggs School of Pharmacy and Pharmaceutical Sciences at the University of California, San Diego, where he developed drug screening assays and conducted high-throughput screening campaigns to identify compounds with activity against Zika virus, SARS-CoV-2, the tropical parasites Trypanosoma cruzi and Leishmania donovani, glioblastoma and meningioma. In over 10 years of work in the drug discovery field, Jean has published over 30 scientific articles and book chapters in the areas of antivirals, antiparasitics and anticancer agents. He holds a PhD degree in Biochemistry from McGill University in Montreal, Quebec, Canada.

To watch this webinar please login, create an account or continue as a guest. If you choose to login or create an account you won't have to complete the registration form, and you'll be able to access most of our content free-of-charge.