When 0.77% is greater than 1%: salutatory lessons from the Court of Appeal 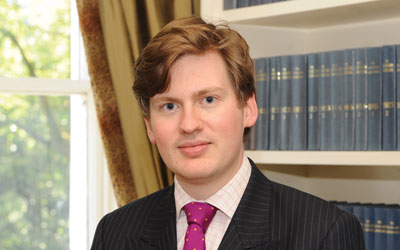 Assuming one can work out which patents are likely to be infringed by the new research, determining whether a new drug infringes a patent should be a straightforward process: read the patent; determine the patented characteristics or methods; and see whether the new product infringes those. However, the English courts have recently confirmed that this is not sufficient: a product can infringe a patented method even when, on a literal reading, the new product would not. How can this be? And what lessons does this teach researchers?

The judgment in question was handed down on 24 June 2015 by the English Court of Appeal. It determined that a method, invented by Smith & Nephew, for producing a silver-impregnated dressing infringed a patent held by ConvaTec. As is well-known, silver is a beneficial additive to dressings due to its antimicrobial properties. However, due to its sensitivity to light, it is a difficult to use. ConvaTec’s patent aimed to solve this problem by various techniques, one of which used a solution where an agent was “present in a concentration of between 1% and 25%”.

Smith & Nephew has also been developing silver-impregnated dressings. This patent was clearly a problem to the company. They sought, but failed, to revoke the patent and, also, worked on a new method which they hoped would not infringe. This method utilised a concentration of the agent at 0.77%. Since this was not “between 1% and 25%”, they considered that it did not infringe and sought a declaration from the court to that effect. At the trial, before Mr Justice Birss, they won but ConvaTec appealed. Many grounds were advanced but, by the time the case was decided on appeal, the central issue was simply this: was 0.77% “between 1% and 25%”?

Whilst set out in some detail, the Court of Appeal’s decision was relatively simple: the expression “between 1% and 25%” referred to the nearest whole number. Numbers falling either side of this range, which would be rounded up to 1% (or down to 25%) are caught within it and therefore any figure which used a concentration greater or equal to 0.5% or less than 25.5% would infringe.

This conclusion may seem unintuitive and many non-lawyers might suggest the result is a further demonstration of the legal profession’s bizarre obsession with forcing words to mean things that they clearly do not mean. However, the key to this case is, perhaps, set out in the brief concurring judgment of Lord Justice Christopher Clarke:

“To person not possessed of the relevant common general knowledge and not skilled in the art, in which category I would until now have placed myself, the proposition that 0.75 (or 0.5) falls between 1 and 25 appears obviously incorrect. To jump to that conclusion would, however, ignore the fact that figures, no less than words, may take their meaning from the context in which they are used. A linguist may regard the word “one” as meaning “one” – no more and no less. To those skilled in the art it may, however, in context, imply a range of values extending beyond the integer […]”

In essence, the golden rule is that the words of the patent must be read and understood by someone who practises in this field (opposed, perhaps, to just a lawyer!). For a scientist, it would have been obvious that the figures given were rounded and that, therefore, they incorporated a larger range than a literal reading would do.

Whilst this case may not prove to be legally significant, it reinforces a lesson that law, especially in the fields of intellectual property, requires a dialogue between those carrying out the work and their lawyers. Especially when attempting to circumnavigate existing patents, it is always necessary to step back and ask “what does this method mean to me as a scientist?” and, when necessary, tell the lawyers they are wrong because 0.77% can be greater than 1%.