Over the past few years, the landscape of medicines development has shifted. We have seen a decline in the research and development productivity of the pharmaceutical industry. Innovator drug developers have been confronted with the current pressure on healthcare budgets, as well as a wave of patent expiries for blockbuster medicines. In these challenging times, it is essential for companies to be able to better predict the outcome of the assessment of their medicines by regulatory authorities such as the European Medicines Agency (EMA)… 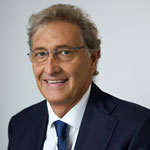 Over the past few years, the landscape of medicines development has shifted. We have seen a decline in the research and development productivity of the pharmaceutical industry. Innovator drug developers have been confronted with the current pressure on healthcare budgets, as well as a wave of patent expiries for blockbuster medicines. In these challenging times, it is essential for companies to be able to better predict the outcome of the assessment of their medicines by regulatory authorities such as the European Medicines Agency (EMA).

As regulators, we are not only watchdogs; we also have a duty to enable timely access to safe and effective medicines for the benefit of patients. We fulfil this role by offering a variety of tools to support sponsors and applicants in the preauthorisation phase of medicines development – measures that are still not sufficiently known by many companies and that we aim to further promote and develop.

One of the most successful tools we have in place is the scientific advice that we provide to sponsors on all questions and issues related to the development of medicines. In 2013, one in every two applicants received such advice from the Agency’s Committee for Medicinal Products for Human Use (CHMP). Seeking and following scientific advice has been proven to significantly increase the probability of a positive outcome, with a 90 per cent success rate at the time of marketing authorisation application for companies that request and follow scientific advice compared to a 30 per cent success rate for companies that do not comply with the scientific advice received. This tool gives developers reassurance that they are on the right track, as it is recognised early if programmes need to be stopped or adjusted.

With the decline of the ‘blockbuster’ model, drug developers have to find new pathways towards innovation, and are focusing on more targeted medicines with new modes of action. This relies on innovative methodologies for development, such as the use of biomarkers or the use of modelling methods. We are providing support to these approaches through the qualification of new methodologies by the CHMP. Nowadays, close to 30 per cent of innovative medicines originate from small- or medium-sized enterprises, underlining their role as the engine of innovation. Since 2005, the Agency has been offering specific support to these companies, particularly in the early development phases of medicines.

Another tool that is becoming increasingly important is the early dialogue between regulators and Health Technology Assessment (HTA) bodies in order to agree on a development plan that generates data that both parties can use to determine a medicine’s benefit-risk balance and value. By bringing in HTA’s views earlier on, we hope to simplify and accelerate patients’ access to medicines after authorisation, by facilitating an ‘end-to-end process’. Since 2010, the Agency has operated a pilot project of parallel scientific advice with HTA bodies that allows developers to receive simultaneous feedback from both regulators and HTA bodies on their development plans for new medicines and we will continue on this path.

The European regulatory framework is quite complex for companies. But our aim is to facilitate the process by making the EMA a ‘one-stop shop’ for applicants to reach the European market, starting with scientific advice.

Looking ahead, we will be exploring new ways to give patients timely access to innovative medicines, through adaptive regulatory pathways. This could imply a structured market introduction for medicines, with an initial focus on narrow patient populations with the greatest need, followed by a progressive extension to broader patient populations.

From a regulatory point of view, the tools provided by the new pharmacovigilance legislation in terms of post-authorisation studies would become an opportunity to address concerns about the level of certainty and information on new medicines following the adaptive path, and contribute to reassure payers. In an age of big data, all of this would need to be supported by an effective and efficient IT infrastructure that is capable of gathering, processing and analysing information from a wide variety of sources. The challenge for the EMA will be to ensure the capacity to develop the required IT tools.

But to us, this is a path the EMA needs to reflect upon to keep up with its dual role, that of a gatekeeper, to ensure that medicines which have been authorised have a positive benefit-risk balance and meet high quality standards, but also of an enabler of development of new medicines.

Guido Rasi has been Executive Director of the European Medicines Agency (EMA) since November 2011, and was a member of its Management Board for the three years prior to this. Professor Rasi was Director-General of the Italian Medicines Agency from 2008 to 2011 and member of its Management Board from 2004 to 2008. From 2005 to 2008, he was Director of the Institute of Molecular Medicine of the National Research Council in Rome. From 1990 to 2005, he worked at the Institute for Experimental Medicine of the National Research Council, Italy. Professor Rasi holds a degree in medicine and surgery, with specialisation in internal medicine, allergology and clinical immunology from the University of Rome. From 1978 to 1990, he worked as a physician in hospitals, research and private practice. He is the author of more than 100 scientific publications.