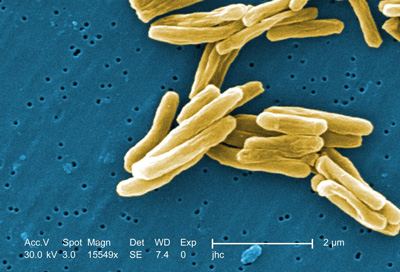 Scientists have found a new way to inhibit the growth of the bacterium that causes tuberculosis (TB).

The research team, comprising scientists from University of Queensland and the University of California San Francisco (UCSF) and led by Professor Paul Ortiz de Montellano of UCSF, investigated the impact of compounds related to cholesterol on the tuberculosis-causing bacterium Mycobacterium tuberculosis. Cholesterol is known to affect the virulence and infectivity of TB.

“What Paul’s team and our team have shown is that if you give this bacterium modified cholesterol instead, then it can’t use it as its energy source and so it stops growing, “Professor De Voss said. “Interestingly, we don’t quite understand why this happens.

“Our discovery suggests a new way in which we can robustly inhibit growth of the TB bacterium.”

One in three people globally is infected with TB

TB is a highly infectious lung disease that kills one person every 21 seconds. There were 9.6 million new cases of TB in 2014, resulting in 1.5 million deaths. One in three people globally is infected with TB, with the bulk of the disease burden falling on developing countries.

Professor De Voss said the scale of the threat, compounded by the emergence of increasingly drug-resistant strains of bacteria, meant it was vital to find new ways to combat tuberculosis.

The team at University of Queensland, including postdoctoral research fellow Dr Siew Hoon Wong, was responsible for synthesising inhibitors of the enzymes used to modify the cholesterol by M. tuberculosis.

Professor De Voss said his team would now partner with School of Chemistry and Molecular Biosciences researcher Dr Nick West, who is the founder and Laboratory Head of the University of Queensland Tuberculosis Research Laboratory, the only Australian laboratory dedicated to TB microbiology.