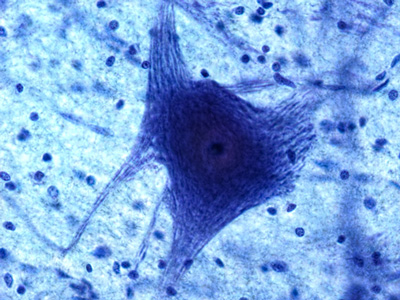 Scientists from the University of Copenhagen have revealed that the glia cells in the brain could be the key to the cure for Huntington’s disease.

For the first time scientists have succeeded in using glia cells to prolong the life expectancy and alleviate the symptoms in mice with Huntington’s disease. According to the professor behind the study, the results may prove of great importance to the future treatment of other neurological diseases.

“It’s the first time, we’ve conducted this type of transplant and the results are both positive and surprising. It reveals that diseased mice injected with healthy glia cells live longer and their condition improves. This is very promising, and it’s only the tip of the iceberg. We hope to be able to conduct further research on whether this method could possibly result in a treatment for Huntington’s,” said Professor Steven Goldman, who led the new study.

This new study encompasses two seminal discoveries. Firstly, Steven Goldman and his research team transplanted glia cells infected with pathogenic gene mutations of Huntington’s disease into healthy mice. In adulthood, the mice developed symptoms of Huntington’s in the form of reduced motor skills, and so the research team concluded that there is indeed a causal connection between glia cells and the development of Huntington’s. During the second phase of the study, the researchers transplanted healthy human glial cells into mice with the Huntington’s disease mutation, and as a result the mice’s motor and cognitive skills improved and they also lived longer.

“This is at least in part due to the fact that glia cells control the level of potassium in the brain, which is vital for our motor and cognitive skills. In Huntington disease, the level of potassium in brain tissue becomes unstable, but when the glia cells are injected they restore potassium to normal levels. We hope that as we continue our research on these mechanisms in the future, that it will bring us closer to finding a meaningful treatment for Huntington’s, and possibly other similar neurodegenerative diseases,” Steven Goldman explained.

The researchers are now examining whether transplanting healthy glia cells into adult mice with more advanced disease has the same strong benefit. If this should be the case, then the investigators would next consider a human clinical trial of this approach.