Scientists identify antibodies that can neutralise Zika and dengue 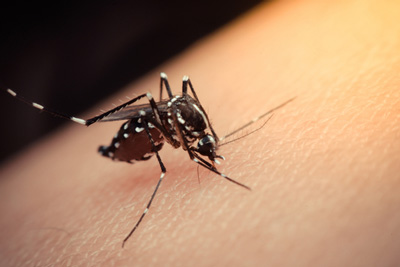 Scientists have identified antibodies that can efficiently neutralise both the dengue virus and the Zika virus.

The description of the binding site for these antibodies on the viral envelope, identical for both viruses, could lead to the development of a universal vaccine that offers simultaneous protection against dengue and Zika virus disease.

The dengue virus and the Zika virus share several characteristics. They both belong to the Flavivirus genus, they are both RNA viruses mainly transmitted by mosquitoes, and they have similar envelope proteins. Scientists from the Institut Pasteur, the CNRS and Imperial College London, who had previously identified antibodies capable of neutralizing the four types of dengue virus in an earlier study, decided to turn their attention to the Zika virus.

The scientists then used crystallography to identify the antibody binding site on the Zika virus, and more specifically on the proteins in its viral envelope. Crystals containing the “antibody-envelope protein” complex were produced using the Institut Pasteur’s Crystallography Platform. The scientists then used powerful X-rays produced by the synchrotron facilities in Saclay and Grenoble to create a 3D reconstruction of the precise location where the antibody binds to the envelope protein.

This revealed that the antibody binding site for the Zika virus is the same as for the dengue virus, raising the possibility of producing a vaccine that would stimulate the production of antibodies capable of binding to and neutralising two types of virus at once.