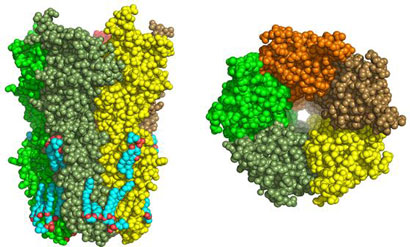 New scientific studies have indicated that nicotine may be beneficial for memory function.

Scientists from the Institut Pasteur and the CNRS used mouse models to identify the β2 subunit of the nicotinic receptor as a target that, if blocked, prevents the memory loss associated with Alzheimer’s.

Alzheimer’s disease is characterized by two types of lesion: amyloid plaques and neurofibrillary degeneration. Amyloid beta peptide, naturally present in the brain, builds up over the years as a result of genetic and environmental factors until it forms amyloid plaques. This build-up is toxic for nerve cells and leads to a loss of neuronal structure and to what is known as “neurofibrillary” degeneration, which in turn results in the death of nerve cells.

By the time amyloid plaques appear in the brain, a patients’ memory loss is already considerable and irreversible. The aim of current research into this disease is therefore to detect amyloid beta peptide at an earlier stage, when it is still soluble, before the plaques appear. In this study, scientists from the Integrative Neurobiology of Cholinergic Systems, directed by Uwe Maskos, investigated the toxic effects of a build-up of amyloid beta peptide in the hippocampus and the role of the nicotinic receptor in this same region of the brain.

Acetylcholine receptors, also known as nicotinic receptors, are found in the cell membrane and are sensitive to neurotransmitters. They act like pores for communication between the cell’s internal environment and the outside world. These receptors are involved in several functions of the nervous system, especially in controlling voluntary movements, memory, attention, sleep, pain and anxiety. Nicotine is an agonist for these receptors, meaning that it can act on these targets instead of acetylcholine.

Nine genes code for nicotinic receptor subunits in the hippocampus, and four of these subunits are part of the receptor involved in this process (β2 twice, α2, α4 and α5). The scientists are working to determine the exact composition of this pentamer so that they can assess its suitability as a pharmaceutical target on which therapeutic molecules can be tested.

They decided to focus specifically on the role of the β2 subunit of the nicotinic receptor. To do this, they created a mouse model in which the β2 subunit was inactivated by blocking the gene coding for it. Memory tests performed on this model showed that the individuals were protected from the toxic effects of amyloid beta peptide and did not develop the cognitive deficit associated with Alzheimer’s disease.

The scientists were therefore able to prove that the β2 subunit of the nicotinic receptor is the direct target of soluble amyloid beta peptide.

“Characterising this new therapeutic target will enable us to test molecules that are capable of blocking the β2 subunit. The aim is to find a therapeutic molecule that resembles nicotine but does not have the same harmful effects (dependence, premature cell aging, increased heart rate, effects on the gastroenteric system, etc.)” explained Maskos.