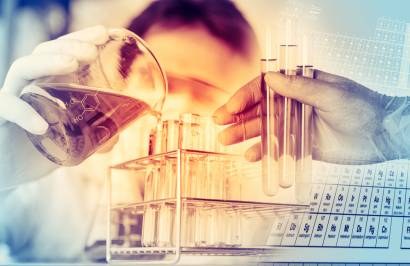 Abbott today announced a definitive agreement to acquire Veropharm, a leading Russian pharmaceutical manufacturer. Under the terms of the agreement, Abbott will acquire Limited Liability Company Garden Hills, the holding company that currently owns a controlling interest in Veropharm, for between 13.6 billion rubles and 17 billion rubles (or a range of approximately $395 million to $495 million U.S. dollars) depending on Garden Hills’ share ownership of Veropharm at time of close. Garden Hills currently owns more than 80 percent of Veropharm but is expected to own more than 95 percent by the time the transaction closes. Pursuant to the agreement, Abbott will also assume net debt of 4.7 billion rubles (or approximately $136 million U.S. dollars).

Abbott has had a presence in Russia for nearly 40 years and, in line with the company’s long-term commitment to growing global health care markets and capabilities, is committed to providing a reliable supply of its health care products to Russian patients.

Through this acquisition Abbott will obtain a portfolio of medicines that is well aligned with its current pharmaceutical therapeutic areas of focus in women’s health, central nervous system, cardiovascular, and gastroenterology, while also adding an offering in the field of oncology.

Upon completion of the transaction, Abbott would also establish a manufacturing presence in Russia through its ownership of Veropharm’s existing production facilities as well as a new state-of-the-art manufacturing facility that is currently under construction by Veropharm. Abbott intends to utilize its manufacturing expertise to expand Veropharm’s capabilities and enhance the existing infrastructure.

Abbott plans to fund the transaction with cash on the balance sheet.

Abbott expects the acquisition to add approximately $150 million U.S. dollars in sales in 2015. The transaction is expected to close in the fourth quarter and will not impact Abbott’s ongoing earnings-per-share guidance for 2014. The transaction is subject to customary closing conditions and regulatory approvals.