Brain diseases manifest in the retina of the eye 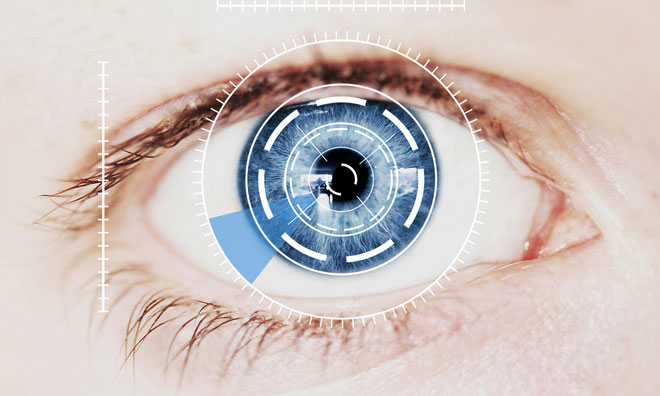 Retina, the light sensing tissue on the bottom of the eye, can be considered an integral part of the central nervous system (CNS). During foetal development, it matures from part of the brain and its innervation closely resembles that of the brain.

Retinal structure and function can be readily examined with noninvasive or minimally invasive methods, whereas direct brain research has numerous limitations. If the health status of the brain could be indirectly assessed through the eyes, diagnostic screening of brain diseases could become more efficient.

Electroretinography (ERG) and visual evoked potentials (VEP) were chosen as research techniques, since similar methodology can be applied in both laboratory animals and humans. ERG can precisely track the function of retina using corneal or skin electrodes, whereas VEP measures the function of visual cortex.

Day and colour vision associated retinal dysfunction was found in a mouse model of Huntington´s disease (HD), while the mouse was presymptomatic. Retinal structure remained relatively normal, even in an advanced disease state, although aggregation of toxic mutated huntingtin-protein was widespread in the diseased mouse retina. Although the retinopathy in mice is exaggerated compared to human HD patients, the finding is partly in line with patient data showing impaired colour vision but no clear-cut anatomical retinopathy.

In a mouse model of Alzheimer´s disease (AD), researchers observed abnormality in night vision associated retinal function. Specifically, rod-mediated inner retinal responses to dim light flashes were faster in diseased mice than in their wild-type controls. The observation may be explained by impaired cholinergic neurotransmission that is also partly causative for the deterioration of memory in AD.

In a mouse model of late infantile neuronal ceroid lipofuscinosis (NCL), a paediatric neurological disease, the researchers described retinal degenerative changes that mimic the characteristic pathology of age-related macular degeneration (AMD). These included impaired function of retinal pigment epithelium and subsequent blindness due to photoreceptor atrophy and death. It has been postulated that the retinal degeneration in human patients progresses similarly.

The results add to the growing body of evidence that show pathological changes in the retina in addition to the brain in CNS diseases.

Functional changes of the retina were found in three mouse models of human CNS diseases whose phenotype, age of onset and pathological mechanism clearly differ from each other.

Visual impairment was the fastest progressive symptom in two models tested. The findings support the idea of eye examinations as potential screening tools for CNS diseases. Development of efficient, safe and economic screening tools for CNS diseases is imperative, since the diagnosis of these diseases is often obtained only in the advanced disease state when as such satisfactory remedies are poorly effective.

Since eye and vision research can be conducted noninvasively, advancement of trials from the preclinical to the clinical phase could be relatively fast.