Pancreatic cancer is an exceptionally aggressive type. Frequently, metastases already start to grow in other organs, particularly often in the liver… 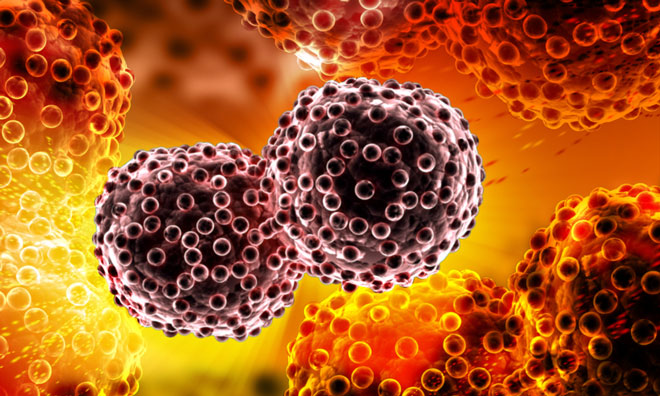 Pancreatic cancer is an exceptionally aggressive type of cancer. Frequently, metastases already start to grow in other organs, particularly often in the liver, before the original tumour was even detected. Scientists from the Technical University of Munich (TUM) have now discovered a molecular mechanism, which is responsible for the prominent susceptibility of the liver to metastases at such an early stage.

While some forms of cancer are increasingly treatable, the prognosis for patients with pancreatic tumours remains poor. One of the reasons is that, compared with other tumours, they spread to other organs as metastases exceptionally early and efficiently.

In well over half of the cases, these metastases grow in the liver. A team of scientists headed by biologist Professor Achim Krueger from the Institute of Molecular Immunology and Experimental Oncology at TUM’s Klinikum rechts der Isar, investigated the reasons for this.

In recent years, scientists working in cancer research became increasingly interested in TIMP1, a protein produced naturally in the body. Initially, TIMP1 was of interest because of its protease-inhibiting properties.

Proteases are enzymes that play an important role in the human body, for example in the formation of organs, but they can also facilitate transportation of cancer cells from the original tumour to distant organs.

In the latter case, they act as biochemical machetes, which clear a path for the tumour cells through the tissue and into the blood or lymphatic system, and allow them to infiltrate distant organs. It was long believed that TIMP1 could therefore serve as a model for anti-cancer medication.

Paradoxically, however, research showed that, for many tumour diseases, increased TIMP1 values are associated with bad prognosis of cancer patients. TIMP1 thus correlates with an increase in the aggressive spread of cancer cells to other organs. In order to find an explanation for this, the group has been investigating the unknown functions of the TIMP1 molecule for several years now.

The scientists now were able to establish that TIMP1 is already produced during the non-malignant preliminary stages of pancreatic cancer and even during chronic pancreatitis.

The protein is then transported to the liver via the blood stream, There, its interaction with another molecule, which is located on the hepatic stellate cells, has far-reaching consequences. These cells are usually inactive and are only activated by pathological processes, such as an infection, leading to processes which can counteract the changes.

TIMP1, when transported from the pancreas into the liver, does not display its protease-inhibiting features for which it was originally known, as there are no proteases to be inhibited in the healthy liver.

However, the team were able to demonstrate for the first time that TIMP1 takes action nonetheless; it binds to a receptor on the stellate cells, which is called CD63. As a result, the stellate cells are activated and a complex process in the liver is initiated, the details of which the researchers explain in their article.

“The end of this process is the development of kind of a niche, which provides particularly good conditions for the growth of metastases and shows them the way to the liver,” says Barbara Gruenwald.

“Our study shows that this process is already set in motion long before tumours in the pancreas become malignant,” adds Achim Krueger. “This enables us to explain the exceptionally aggressive rate of this type of tumour.”

The results of the study also suggest that the classical notion of a linear development of tumours needs to be reconsidered. This notion implies, briefly, that metastases form solely as a result of the capabilities of malignant tumour cells, which in turn arise only through multiple conversion processes of benign tumours.

“As we have shown, however, a path for the aggressive spread of tumours can be opened up in the very early stages of the disease,” states Achim Krueger.

Krueger and his team are currently working on ways to prevent the binding of CD63 to TIMP1 before tumour cells can exploit this niche.

“The challenge in this endeavour lies in the fact that TIMP1 also performs important functions,” says Krueger. “Simply suppressing TIMP1 would cause serious side effects, as cancer cells might spread even more aggressively to other parts of the body in absence of the protease inhibitor. We are therefore striving to find a substance which is able to maintain the inhibitory effect of TIMP1 but prevents its binding to CD63.”