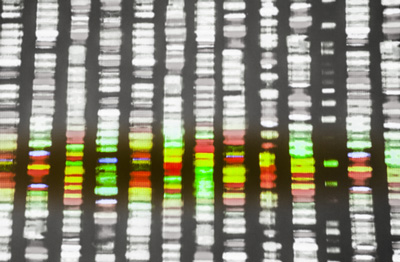 These four new awards bring the total of stratified medicine consortia funded by the MRC to thirteen with investment totalling over £52 million – part of the government’s £130 million commitment to stratified medicine set out in the UK Life Sciences Strategy.

Stratified medicine research uses diagnostic tests or techniques to group patients within a disease area through their genes or by their symptoms. This enables doctors to provide more targeted treatment for patients based on their risk of disease or how they are expected to respond to treatment.

As well as the benefit for patients and those who treat them, this approach has benefits for industry because of the potential for more efficient therapeutic development – as well as the market expansion for new treatments.  The thirteen collaborations have attracted more than fifty small, medium and large pharmaceutical and biotechnology partners from across the UK and also from Europe, the US and wider afield, including China and Japan.

The consortia also include thirty-two academic partners and a number of charities.  Two charities – Cancer Research UK and the British Heart Foundation – have co-funded collaborations in this round, and Arthritis Research UK helped fund one of the initiatives already announced.

The UK is particularly well-placed to develop stratified medicine approaches because of its strong academic and industrial research bases, the wealth of data within the NHS and because of the unrivalled datasets provided by established long-term patients cohorts, the UK Biobank and the world’s first national phenome centre.

The consortia funded in this round cover a spectrum of diseases from the rare condition Systemic Lupus Erythematosus to more common conditions affecting millions of patients.

Speaking at the Future of Healthcare Investor Forum at the London Stock Exchange this morning (Thursday 29th January), where he opened the market, George Freeman said:

“The UK is a world-leader in the life sciences and the sector is central to economic growth. Since the launch of our UK Strategy for Life Sciences in 2011 the industry has agreed over £3.5 billion of investment in the UK, which is expected to create over 11,000 jobs. In the wider context, Ernst & Young’s State of the Nation report in October showed that UK life-science companies raised £734 million of innovation capital in the first half of 2014, surpassing the £483 million raised in the whole of 2013, and figures just released show that £1.5 billion in innovation capital was raised in the UK over the whole year.

“With the City of London as a global financial centre at the heart of the London-Oxford-Cambridge ‘med-city’ cluster, London is one of the best places in the world to start and finance a life sciences company, with some of the world’s best venture capital investors. That is why it is fitting to be at the London Stock Exchange today, to celebrate £1.25 billion raised in Life Sciences IPOs and follow on offerings on the stock exchange in 2014.

I’m delighted today to announce a further £13.7 million investment by government in the UK life sciences sector, in the form of four new stratified medicine collaborations. Bringing together UK universities, the NHS and commercial partners, these collaborations will investigate targeted treatments that will benefit patients with cancer, heart disease, asthma and lupus.

“As part of our strategy for the life sciences we are bringing together industry with the assets and capabilities of researchers in universities and the NHS to revolutionise the way we look at getting better treatments into the health service and make sure that the UK remains one of the best places in the world for 21st Century medical innovation.”

“The goal of stratified medicine is to provide patients with the best treatments by ensuring that existing medicines are targeted at those who will derive most benefit but also by accelerating the development of new therapies. Achieving this goal requires partnerships that harness the diverse mix of knowledge, expertise and commitment of academia, industry and patients.

“Here in the UK, we’re ideally placed to be at the forefront of this field because we can combine excellence in research with access to some of the highest quality clinical resources and data in the world. This is attracting small, medium and large companies from across the UK and internationally to partner with us. The consortia we are supporting are keen to work with new partners and we shall be considering further disease areas that might benefit from this approach.”