Scientists in Switzerland have constructed an enzyme than can penetrate a mammalian cell and accelerate the release of a hormone. This then activates a gene switch that triggers the creation of a fluorescent protein. 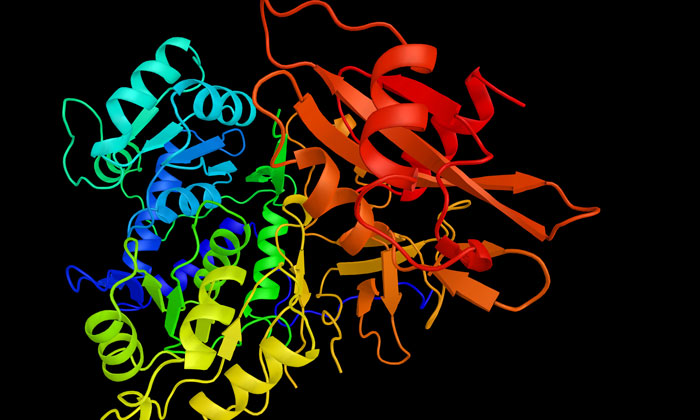 Nature relies on enzymes to accelerate energy-intensive biochemical reactions that are necessary for the preservation of life. However, not all natural enzymes are equally suited to all reaction types and artificially-created catalysts are much more versatile, as they can promote many more chemical synthesis processes.

There is therefore great potential in introducing artificial catalysts into living cells and organs in order to modify cell functions on a genetic level, or to create a drug from a harmless precursor in the cell itself. However, such catalysts often only work under strictly controlled conditions that are almost impossible to achieve in living cells.

The researchers produced a metalloenzyme – a biocompatible protein in which a catalytically active metal fragment (in this case ruthenium) is incorporated. With this method, they succeeded for the first time in developing an artificial metalloenzyme that was able to penetrate a mammalian cell.

Once in the cell, the metalloenzyme – acting like a Trojan horse – deployed its catalytic function and accelerated the production of a particular thyroid hormone. This hormone then activated a synthetic gene switch that led to the creation of a fluorescent protein called luciferase.

The study proves the feasibility of an innovative approach that targets the development of cell functions and aims to complement traditional biochemical processes. The work is a good example of the opportunities offered by the combination of synthetic biology and organometallic chemistry for the control of cell functions in living organisms.