Genetic mutation could protect against development of Type 2 diabetes 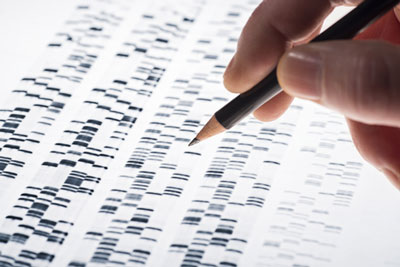 An international team of scientists has identified a new genetic mutation that appears to protect people from developing Type 2 diabetes.

The finding could lead to the development of new drug therapies to treat Type 2 diabetics who rely on insulin and oral medication to manage the life-threatening disease for which there is no cure.

“We have a wonderful opportunity to personalise the treatment and prevention of this chronic disease,” said Mark O. Goodarzi, MD, PhD, director of the Division of Endocrinology, Diabetes and Metabolism at Cedars-Sinai. “Identification of genes that influence the risk of diabetes is going to open new frontiers in diabetes drug development.”

Type 2 diabetes affects the production of insulin, the vital glucose-regulating hormone, and its ability to control metabolism. The body’s failure to manage blood sugar can lead to heart attacks and other serious health problems, including kidney disease, blindness and infections that can result in the amputation of limbs.

In the study, researchers from the U.S., Asia and Europe analysed the genes of 81,000 people who did not have Type 2 diabetes and then compared their genetic information to that of 16,000 diabetics. The investigators found that a genetic mutation in one particular gene – GLP1R – appeared to decrease the risk of developing Type 2 diabetes by 14%.

“This newly identified mutation in such a large study group is a critical discovery in the field of diabetic research,” said Richard Bergman, PhD, director of the Diabetes & Obesity Research Institute at Cedars-Sinai. “Now we need to better understand why and how this genetic mutation might protect people from developing diabetes.”

“The mutation we discovered may prevent certain people from developing diabetes, but it does not appear to affect their risk of becoming obese or their body mass index,” said Goodarzi.

Goodarzi and the research team are part of the international consortium Cohorts for Heart and Aging Research in Genomic Epidemiology. The study, titled “Low-frequency and Rare Exome Chip Variants Associate with Fasting Glucose and Type 2 Diabetes Susceptibility“, was published recently in the journal Nature Communications.