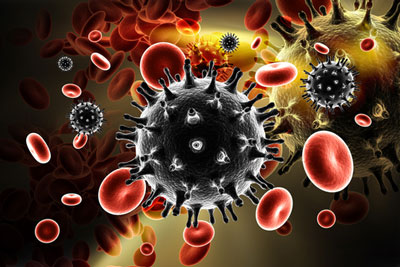 The University of North Carolina at Chapel Hill and GSK have announced the creation of a dedicated HIV Cure centre and a jointly owned new company that will focus on discovering a cure for HIV/AIDS.

This unique public-private partnership will redefine the traditional way of conducting research and create a new model to seek the breakthroughs needed to tackle an extraordinarily challenging global health issue.

The HIV Cure centre will be located on the UNC-Chapel Hill campus and will focus exclusively on finding a cure for HIV/AIDS. The new company, Qura Therapeutics, will handle the business side of the partnership, including intellectual property, commercialisation, manufacturing and governance. Together, the HIV Cure centre and Qura Therapeutics will serve as a catalyst for additional partners and public funding that will likely be needed to eradicate HIV worldwide. The collaboration is also expected to recruit and attract top talent from around the world.

“The excitement of this public-private partnership lies in its vast potential,” said UNC-Chapel Hill Chancellor Carol L. Folt. “Carolina has been at the forefront of HIV/AIDS research for the last 30 years. This first of its kind, joint-ownership model is a novel approach toward finding a cure, and we hope it serves as an invitation to the world’s best researchers and scientists.”

“Like UNC, GSK has a long legacy of HIV research success. From the development of the world’s first breakthrough medicine for HIV patients in the 1980s, to our leadership in the market today through ViiV Healthcare, we’re continuously challenging ourselves to meet the needs of patients,” GSK CEO Sir Andrew Witty said.

UNC-Chapel Hill and GSK will focus on the latest scientific approaches to curing HIV, including a leading research approach toward an HIV cure, sometimes called “shock and kill.” This approach seeks to reveal the hidden virus that persists in people with HIV infection despite successful drug therapy, and augment the patient’s immune system to clear these last traces of the virus and infected cells. Part of this new paradigm was first tested at UNC-Chapel Hill and in 2012 a team led by UNC-Chapel Hill researchers demonstrated that latent HIV might be unmasked by new therapies. Recently, researchers at the university received FDA approval for a study in HIV-positive volunteers to combine this technique and an immune-boosting strategy.

“After 30 years of developing treatments that successfully manage HIV/AIDS without finding a cure, we need both new research approaches to this difficult medical problem and durable alliances of many partners to sustain the effort that will be needed to reach this goal,” said Dr. David Margolis, Carolina professor of medicine and leader of the Collaboratory of AIDS Researchers for Eradication (CARE). “The ‘shock and kill’ approach has shown significant promise in early translational research on humans and has been the focus of research for the last several years.”

“Although today’s treatments for HIV mean that millions of lives have been saved, people still have to take a lifetime of treatments, which takes an emotional toll and places an economic burden on society that is particularly challenging in countries with limited resources,” said Zhi Hong, senior vice president and head of the Infectious Diseases Therapy Area Unit at GSK. “This is why we must dedicate the next 30 years to finding a cure and scaling it up so that one day we will end the HIV/AIDS epidemic.”

Through the new company, GSK will invest $4 million per year for five years to fund the initial HIV Cure centre research plan, and a small research team from GSK will move to Chapel Hill to be co-located with UNC researchers. The University will provide world-class laboratory space on its medical campus for the HIV Cure centre and the new company. GSK will be contributing its expertise and know-how in medicines discovery, development and manufacturing, and UNC-Chapel Hill will bring to the table its research and translational medicine capabilities, talent, as well as access to patients and funding.