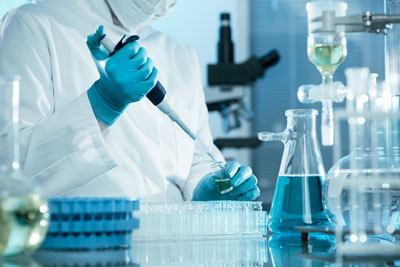 The funding, worth nearly half a million pounds, will unite academics at the University of Southampton with drug discovery experts at the medical research charity MRC Technology, to target the immune system in the hunt for new treatments for Alzheimer’s disease.

The Dementia Consortium is a unique £3m drug discovery collaboration between Alzheimer’s Research UK, MRC Technology and the pharmaceutical companies Eisai and Lilly. By uniting expertise, this focused cash injection from the Dementia Consortium will bridge the gap between academic research and the pharmaceutical industry in the search for new drugs to slow the development of Alzheimer’s.

Dr Diego Gomez-Nicola and colleagues at the University of Southampton will build on their current finding that a protein in the immune system called CSF1R could be the key to an effective new drug for the disease. Together with drug discovery experts at MRC Technology, they will seek to develop novel therapeutics to target the immune system – a double edged sword in the brain’s response to nerve cell death. Researchers now believe that Alzheimer’s disturbs the brain’s inflammatory response, causing the damage associated with the disease.

CSF1R is a key player in regulating the brain’s immune response. In their previous studies in mice, the team found that blocking CSF1R can dampen the inflammatory response to nerve cell death and improve symptoms in other neurodegenerative diseases. However, the compounds currently available to block CSF1R are not ideal to take into the clinic, due to unwanted effects and difficulties getting into the brain. This investment will allow the researchers to explore other, more targeted approaches to block CSF1R – important groundwork before any new treatment can go into testing in people.

Dr Gomez-Nicola, said, “Inflammation is the body’s response to damage and something we’ve all experienced but sometimes these mechanisms to defend the body go awry. In Alzheimer’s disease, specialised immune cells called microglia are a little too eager to clear damage. Their ranks swell and activity increases, with damaging consequences for surrounding nerve cells.

“This project will allow us to find the best way to interfere with the biological cascade that leads to an increase in microglia numbers. We know that targeting CSF1R is being explored as a potential treatment for cancer and inflammatory conditions, and we hope that by fine-tuning compounds to act specifically in the brain, this approach could be tested for benefits in Alzheimer’s too. This crucial drug discovery work in cells and mice should act as stepping stone to develop new treatments that can halt damaging brain inflammation and nerve cell death.”

Dr Eric Karran, Director of Research at Alzheimer’s Research UK, said, “It’s been fascinating to see the academic community dissect the role of inflammation in Alzheimer’s disease and learn more about the ‘friendly fire’ that takes place during the course of the disease. But now we need to translate this interesting biology into tangible benefits for the 500,000 people in this country living with Alzheimer’s.”

Dr Andy Takle, Senior Director, Open Innovation, UK, Eisai Ltd., said, “Neuroinflammation is emerging as a key contributing factor in driving Alzheimer’s disease pathology. The biological mechanisms that underpin this process are incredibly complex and our understanding relies heavily on information originating from the academic community. For this reason we recognise that collaboration is key in identifying new opportunities to intervene.”

The Dementia Consortium is open to global research teams with innovative targets that need accelerating through the drug discovery process. For further information, please visit www.dementiaconsortium.org.