A new compound of animal origin, developed by Bioiberica, has achieved positive results in slowing down the progression of Alzheimer’s in animal models… 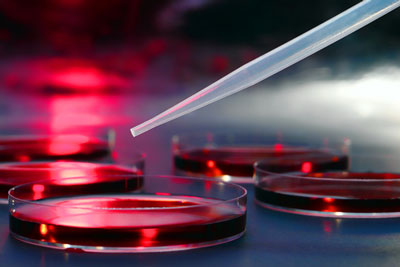 A new compound of animal origin, isolated from the porcine brain and completely developed by Bioiberica investigators, has achieved positive results in slowing down the progression of Alzheimer’s in seven studies using animals.

The compound PRJ212 has a new mechanism of action based on neuroprotection and which could prevent memory loss in patients at the mild stage.

“We have just registered the patent and the next step now is to trial this promising compound in human subjects. We are planning to begin clinical trials in Alzheimer patients in the last quarter of this year,” explained Daniel Martínez, head of R&D at the Human Health Division of Bioiberica and the person responsible for the project.

Bioiberica is a biotechnology company specialising in the extraction of biomolecules of high therapeutic value from tissues of animal origin. “This project responds to our innovation strategy of continuously developing new compounds that may be able to be applied in science. In this case, we also feel particularly proud because this research was conducted 100% by the company and it is the result of the positive work carried out from the personal strengths of our team,” said José Escaich, CEO of Bioiberica.

Bioiberica’s goal is to launch a medical food onto the market, a food used for special medical purposes which, consumed regularly, helps prevent memory loss in patients with mild Alzheimer’s. “We think approaching the disease from the perspective of nutrition is a promising strategy as numerous epidemiological studies suggest that Alzheimer’s patients have special nutritional needs”, adds Martínez.

More than 15 million people worldwide are thought to suffer from Alzheimer’s. This prevalence could double by 2030.