Scientists identify a new way to kill the malaria parasite

Scientists have discovered new ways in which the malaria parasite survives in the blood stream of its victims, a discovery that could lead to new treatments… 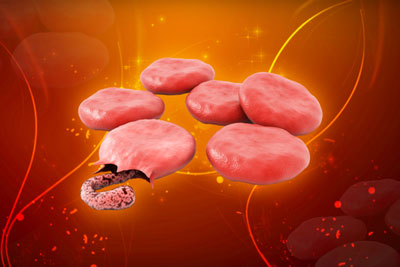 Scientists have discovered new ways in which the malaria parasite survives in the blood stream of its victims, a discovery that could pave the way to new treatments for the disease.

The researchers at the Medical Research Council’s (MRC) Toxicology Unit based at the University of Leicester and the London School of Hygiene & Tropical Medicine identified a protein kinase that if targeted stops the disease.

Malaria is caused by a parasite that lives inside an infected mosquito and is transferred into the human through a bite. Once inside the body, parasites use a complex process to enter red blood cells and survive within them. By identifying one of the key proteins needed for the parasite to survive in the red blood cells, the team have prevented the protein from working, thus killing the parasite. The discovery could be the first step in developing a new drug to treat malaria.

The scientists used state-of-the-art methods such as chemical genetics to dissect the biochemical pathways involved in keeping the malaria parasite alive.

Drugs could be precisely designed to kill the malaria parasite

The researchers found that one protein kinase (PfPKG) plays a central role in various pathways that allow the parasite to survive in the blood. Understanding the pathways the parasite uses means that future drugs could be precisely designed to kill the parasite but with limited toxicity.

Professor Andrew Tobin,  MRC Toxicology Unit, University of Leicester, said, “This is a real breakthrough in our understanding of how malaria survives in the blood stream and invades red blood cells. We’ve revealed a process that allows this to happen and if it can be targeted by drugs we could see something that stops malaria in its tracks without causing toxic side-effects.”

Malaria currently infects more than 200 million people worldwide and accounts for more than 500,000 deaths per year. Most deaths occur among children living in Africa where a child dies every minute of malaria and the disease accounts for approximately 20% of all childhood deaths.