Researchers identify cause of heart damage in sepsis patients 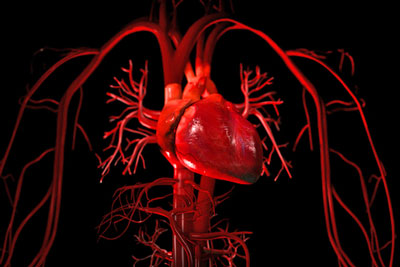 Researchers at the University of Liverpool‘s Institute of Infection and Global Health (IGH) have discovered a common cause of heart damage in patients with sepsis.

Sepsis is a common and potentially life-threatening condition triggered by an infection. In sepsis, the body’s immune system goes into overdrive, setting off a series of reactions including widespread inflammation, swelling and blood clotting. This can lead to a significant decrease in blood pressure, which can mean the blood supply to vital organs such as the brain, heart and kidneys is reduced. Sepsis is the most common cause of death in hospitalised critically ill people and affects up to 18 million people world-wide annually.

The electrical and mechanical malfunctions of the heart have been poorly understood in sepsis, with underdeveloped clinical management strategies, as a consequence. This new discovery, however, promises to benefit a high number of patients with heart failure or rhythm abnormalities that complicate sepsis.

Blood levels of histones, however, are robust biomarkers that can predict which patients are more likely to develop heart complications.

Discovery could lead to personalised treatments for patients with sepsis

Dr Yasir Alhamdi, from IGH, said, “This new discovery has important clinical implications. Firstly, we now provide a much-needed explanation for why cardiac injury markers are high in sepsis.

“Secondly, histone levels in the blood can potentially be used at an early stage to predict which septic patients are at highest risk of developing deadly heart complications. This can improve overall management of patients with sepsis worldwide.”

The research team has also developed and tested specific antibodies that can directly neutralise the toxic effects of histones in the blood circulation and found that their use can significantly prevent the development of heart complications in sepsis.

Professor Cheng-Hock Toh, from the University’s Institute of Infection and Global Health, said, “The translational impact to patients with sepsis can extend beyond biomarker prediction of heart complications, to novel targeted treatment for improved survival.

“This discovery could therefore enable us to better stratify patients for more precise and personalised treatment in sepsis.”

The study findings are published in the journal Critical Care Medicine.