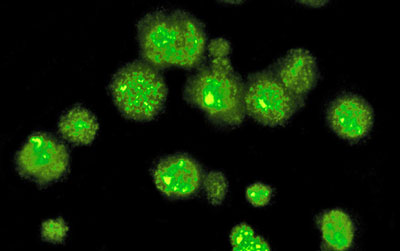 Novogen has announced details of an in vivo proof of concept study that demonstrates their lead anti-tropomyosin drug candidate, Anisina, has the potential to improve the effectiveness of chemotherapy in children and reduce life-long side-effects.

The study results were presented by Dr Timothy Cripe from the Nationwide Children’s Hospital Research Institute, at the Eighth Annual Cancer Molecular Therapeutics Research Association (CMTRA) meeting. The results demonstrated that Anisina significantly improved the efficacy of standard of care microtubule targeting compound, vincristine, in an animal model of neuroblastoma.

Neuroblastoma is a cancer that is most frequently observed in the young with more than 90% of diagnoses occurring in children under 5 years of age. It is considered to be the most common solid tumour in children outside the brain.  Although childhood cancers such as neuroblastoma are relatively rare compared to adult cancers, the potential years of life lost are substantial making it imperative that new clinical strategies are developed to treat this disease.

The importance of this study, from a clinical perspective, is that it shows animals can be dosed with a proprietary formulation of Anisina in combination with the standard of care and recapitulate in an animal model of neuroblastoma the same effect as observed in the test tube.

According to Dr Justine Stehn, Novogen Anti-Tropomyosin Program Director, this represents an important milestone in the development of Anisina as a combination therapy for the treatment of neuroblastoma.

The objective of the study was to evaluate the effectiveness of Anisina either alone or in combination with vincristine, in a mouse model of human neuroblastoma (CHLA20). Animals with tumours were treated with i) no drug (control), ii) Anisina alone (150mg/kg), iii) vincristine alone (0.5mg/kg) or iv) Anisina (150mg/kg) + vincristine (0.5mg/kg).  Consistent with existing data, Novogen was able to show that Anisina on its own was effective in reducing tumour growth by about 35%.

Anisina in combination with vincristine treatment made tumours ‘regress’

“What is exciting about this novel drug technology is that Anisina has the potential to improve the effectiveness of the current standard of care chemotherapeutic, vincristine. What this means from a clinical perspective is that chemotherapy may be more effective in treating patients. In some cases doses of vincristine used in the clinic could be lowered thereby minimizing the risk of leaving children with side-effects that have life-long consequences.”

Dr Stehn said the outcome of this study was encouraging, “Studies are now underway to validate the combinatorial effect of Anisina with a microtubule targeting compound in an animal model of adult cancer with the objective still being to have first-in-man studies commencing by mid-2016 once we have completed the standard battery of toxicology studies that are requisite for any experimental drug prior to entering the clinic.”