Researchers have discovered RGS2, a protein being looked at as a target for hypertension and heart ailments, plays a vital role in healthy egg-sperm union… 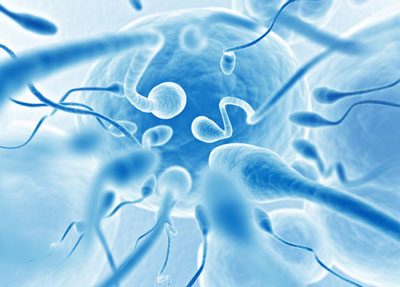 Researchers at the National Institutes of Health (NIH) have discovered a protein that plays a vital role in healthy egg-sperm union in mice.

The protein RGS2 can delay an egg’s development into an embryo in order to allow time for sperm to arrive and merge with the egg in a healthy fertilisation process. The embryo cannot survive without the male chromosomes.

“These findings show the critical role that the protein RGS2 plays in preserving the fertilisability of the ovulated egg,” said Carmen Williams, M.D., Ph.D., lead researcher at the National Institute of Environmental Health Sciences, part of the NIH. “Other researchers have shown that RGS2 plays an important role in regulating heart function and blood pressure, but this is the first demonstration of the protein’s significant role in fertilisation.”

Dr Williams explained that the immature egg found in the ovary is not very good at rallying the necessary calcium signalling that is needed to respond to sperm. However, during the maturation process, the egg stores calcium, preparing it for fertilisation. At fertilisation, the sperm causes calcium to release within the egg, turning it into a developing embryo.

The mouse study shows that during maturation the egg synthesizes RGS2, which suppresses calcium signalling. This safety mechanism ensures that the egg does not begin releasing calcium and start developing before the sperm arrives. Beginning development too early prevents the egg from merging with the sperm.

The RGS2 protein is being looked at as a therapeutic target for hypertension and other heart ailments.

“Understanding the role RGS2 plays in reproduction is important when considering the possible benefits and side effects of any new treatments, as well as understanding the impact that toxins might have on human fertility,” said Linda Birnbaum, Ph.D., director of NIEHS and the National Toxicology Programme.