Researchers have discovered a completely new type of mycovirus that can infect the fungus Aspergillus fumigatus, which can cause the disease aspergillosis 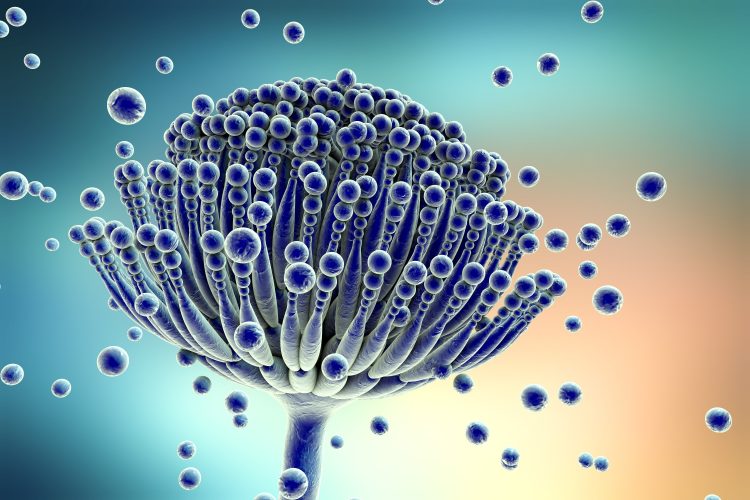 Researchers, led by Dr Robert Coutts, Leverhulme Research Fellow from the School of Life and Medical Sciences at the University of Hertfordshire, and Dr Ioly Kotta-Loizou, Research Associate at Imperial College, have discovered a completely novel type of mycovirus.

The virus infects the fungus Aspergillus fumigatus, which can cause the human disease aspergillosis. This fungal infection targets the lungs and represents a major cause of morbidity and mortality in immunocompromised individuals. ESCMID has warned that fungal resistance now represents a huge healthcare threat.  In total, there are over 300 million people of all ages suffering from a serious fungal infection every year. Of these, over 1,350,000 people are estimated to die.

The mycovirus called Aspergillus fumigatus tetramycovirus-1 (AfuTmV-1) is comprised of four strands of double-stranded ribonucleic acid (dsRNA) and possesses unique sequence features and genomic organisation. Unlike nearly all viruses its genetic information is not encapsidated but coated in a virus encoded protein and these ribonucleoprotein structures were visualised for the first time using atomic force microscopy.

Most importantly, the genome of AfuTmV-1 can infect the fungus on its own, without a protein capsid, a feature which has never been shown previously for a dsRNA containing virus. Therefore, the genome can potentially be altered through genetic engineering and directly introduced into the fungus.
It is hoped that AfuTmV-1 might eventually be used to develop a silencing vector, a tool to switch off fungal genes, in order to study what in Aspergillus fumigatus can cause aspergillosis in humans.

AfuTmV-1 is the prototype of a new mycovirus family but is not unique since similar mycoviruses have also been discovered in different fungal genera suggesting potential utility of these dsRNA elements for constructing generic silencing vectors for fungi in the future.

The research has been published in the journal Proceedings of the National Academy of Sciences (PNAS).