Posted: 14 February 2014 | GlaxoSmithKline | No comments yet

GlaxoSmithKline announced the start of a Phase III study to evaluate the efficacy and safety of mepolizumab, an investigational IL-5 antagonist, in patients with Eosinophilic Granulomatosis with Polyangiitis… 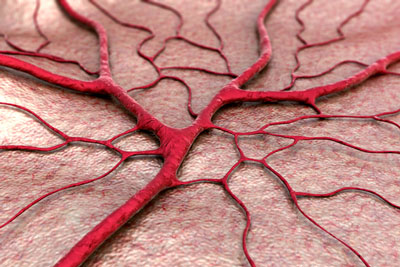 GlaxoSmithKline (GSK) today announced the start of a Phase III study to evaluate the efficacy and safety of mepolizumab, an investigational IL-5 antagonist, in patients with Eosinophilic Granulomatosis with Polyangiitis (EGPA).

EGPA, previously known as Churg-Strauss syndrome, is a rare disease which is characterised by widespread inflammation in the walls of small blood vessels (vasculitis). It can affect multiple organs, including the heart, lungs, skin, gastrointestinal tract, kidneys, and nervous system, with varying symptoms, depending on which organs are affected, and to what extent. The disease can be life-threatening for some patients. A key goal in the treatment of EGPA is to induce and maintain remission while reducing the use of corticosteroids and other immunosuppressive therapies.

The pivotal Phase III study, MEA115921, is a randomised, double-blind study with the purpose to investigate the efficacy and safety of a 300mg dose of mepolizumab (administered subcutaneously every 4 weeks) compared with placebo over a 52-week study treatment period in patients with relapsing or refractory EGPA receiving standard of care therapy including background corticosteroid therapy with or without immunosuppressive therapy.

The study is being conducted as part of an agreement between GSK and the National Institute of Allergy and Infectious Diseases (NIAID), part of the U.S. National Institutes of Health, demonstrating an example of industry – public body collaboration in the field of rare disease drug development. Through this collaboration the mechanisms that underlie EGPA will also be investigated, with potential future benefits for patients.

“This is the first ever double-blind, placebo-controlled study to be conducted in patients with Eosinophilic Granulomatosis with Polyangiitis marking a significant milestone in our efforts to help patients with this rare systemic inflammatory disease.” commented Richard Philipson, Disease Area Head, GSK Rare Diseases. “There are currently limited treatment options for patients with EGPA and our plan to start this Phase III study was achieved in collaboration with the NIAID.”