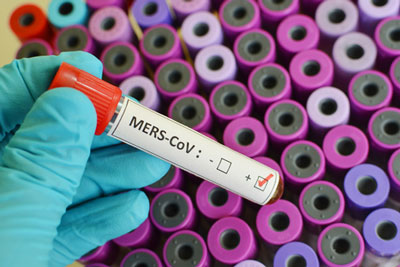 Scientists from the US National Institutes of Health (NIH) have reported that an experimental vaccine given six weeks before exposure to Middle East respiratory syndrome coronavirus (MERS-CoV) fully protects rhesus macaques from disease.

MERS-CoV is a newly emerging disease that remains poorly understood. Much about the behaviour of the virus remains shrouded in scientific uncertainty, though evidence is mounting that camels can transmit the virus to humans through close contact. Typical symptoms include fever, cough and shortness of breath. Pneumonia is common, but not always present. Gastrointestinal symptoms, including diarrhoea, have also been reported.  The disease has sickened more than 1,400 people and killed 500, mostly in the Middle East and Asia.

The rhesus macaques received low -or -high doses of the vaccine, although results showed no significant differences between the groups and antibody responses appeared after one or two immunizations regardless of dose. Next, the group plans to explore how to condense the six-week timeframe to establish protection, and they are hopeful the vaccine will become a candidate for use in camels and people.