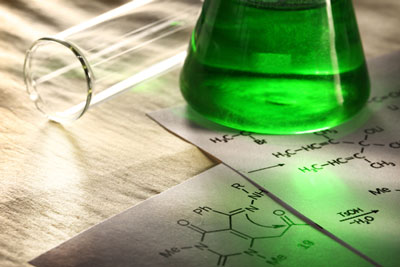 Piramal Enterprises‘ Pharma Solutions division, a leader in contract development and manufacturing (CDMO), is calling on pharma companies to start complementing the principles of Quality by Design (QbD) to advance product and process quality.

The CDMO believes it is imperative to improve the mechanism by which drugs are discovered, developed, and even manufactured through advances in Process Analytical Technology (PAT), and a commitment to continuous improvement by implementing green chemistry earlier in the drug development cycle.

Piramal Pharma Solutions believes that far too often life sciences companies examine the efficiency of the chemical processes used much too late in the drug development process, if at all. It is widely accepted that over 100 kg of waste can be produced during the manufacture of one kg of API or advanced intermediate.

In response, Piramal has launched a series of green chemistry initiatives and is fundamentally asking all its partners to evaluate the greenness of the chemical pathways (routes) they are using in any project.

There are two potential areas for implementing greener routes (processes) in drug development: a) when the drug demonstrates efficacy, during Phase II, as the clinical risk is reduced enough to consider putting R&D resources into developing a more efficient and greener route; and b) Life Cycle Management (LCM), post-commercialisation, where the onset of generic manufacture requires more efficient processes to remain competitive.

Vivek Sharma, CEO – Pharma Solutions, Piramal Enterprises, commented, “Green Chemistry by design (GCbD) presents us with a great opportunity to look at the bigger picture during route scouting and move ahead with green chemistry principles. I am sure that further down the line the FDA will look at bringing in these principles more formally, but as an industry we should be taking action and doing this now. The routes used for many drugs – whether generic or patented – are often atom inefficient and have significant room for improvement using route scouting methodologies including GCbD principles. We need to start the GCbD process  early – not after a NDA or DMF has been filed, but as early as Phase I for innovators and as early as NDA approval for Generic players. This is where the Greener routes are established, after which they tend to remain with the product through its life cycle, and that is where the fundamental change needs to occur.”

The CDMO believes that, in the future, new chemistries for improved and greener routes are urgently needed if the industry is to see the bigger picture of GCbD followed by optimisation of these routes using QbD. Already, there are a number of tools available; from changing the initial routes, using biocatalysis, flow systems and chemo catalysis, and by implementing a key R&D function called “route scouting”. The problem is that the industry as a whole is still comfortable in trying the tested methods. A number of CMOs – Piramal included – are developing new chemistries that enable greener routes using GCbD principles but there needs to be a collective desire in pharma to improve its overall greenness and efficiency. Ultimately, drugs could be produced significantly cheaper and with green footprints.

As an example, Dr Dhileepkumar Krishnamurthy, VP & Head R&D (API), Pharma Solutions, Piramal Enterprises, stated, “Piramal scientists re-designed the route for a patented product during the development of a new generic, resulting in over a 25 fold improvement in efficiency– waste was reduced from 1500kg/kg down to under 50kg/kg. Even in the generic industry, where reducing cost is a key, re-examining routes is not a regular occurrence prior to DMF filing. Therefore, we, as a collective industry, need to invest in investigating potential new routes for patented products that drive atom efficiency and a step change reduction in costs, instead of doing incremental improvements for a quick DMF and ANDA submission.”

Vivek Sharma, continued, “At CPhI Worldwide, Piramal is urging its partners and the wider industry to take up greener, and often cost effective routes to market, as we believe that as an industry we have a greater responsibility to reduce our carbon footprint while also assisting patients. In what is largely unique to pharma, once approval is granted, there is little incentive for continuous process improvement as regulatory hurdles present significant challenges to rework routes. As an industry, we need to change this paradigm by investing in GCbD principles, early and to drive cost effective and elegant chemical transformations.”

Piramal has instilled and nurtured a green culture over the last few years and is currently exploring a number of new, green, chemical processes and at CPhI the company will be looking for new partners to commercialise these waste-reduction technologies.