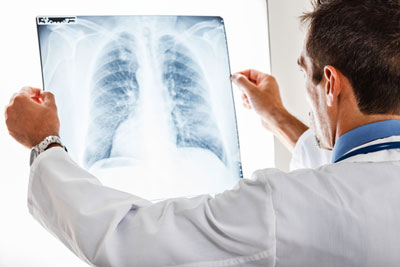 Roche (SIX: RO, ROG; OTCQX: RHHBY) presented new data today from the LUTE / VERSE phase IIb studies investigating lebrikizumab in patients with severe uncontrolled asthma. The data showed that asthma attacks were reduced by 60 percent in lebrikizumab-treated patients with a high level of the biomarker periostin, compared to only 5 percent in patients with a low level of periostin.1 The data also showed that in patients with high periostin levels, lebrikizumab improved lung function as measured by FEV1 ,2 which reflects an increase in the maximum amount of air that can be forcibly exhaled in one second. Lebrikizumab was generally well-tolerated and the safety profile was consistent with previous study results.1,2 The LUTE / VERSE findings were presented at the annual meeting of the American Academy of Allergy, Asthma and Immunology (AAAAI) in San Diego, California, US.

“We conclude based on these recent results that high levels of periostin, a protein that indicates a certain type of asthma, can predict which patients are most likely to benefit from lebrikizumab,” said Sandra Horning, M.D., Head of Global Product Development and Chief Medical Officer at Roche. “The study results are encouraging because more effective treatment options are needed for patients with severe uncontrolled asthma.”

A quarter of a million people worldwide are estimated to die every year from asthma.3 Many patients live in fear of their next asthma attack, with common symptoms of shortness of breath and tightening in the chest. Current asthma medicines do not work for everyone, and physicians have limited knowledge of how or if a patient will benefit.

The new data released at AAAAI build upon previous positive phase II data, which were based on lebrikizumab treatment in patients who were uncontrolled despite inhaled corticosteroids.2 The LUTE / VERSE studies enrolled a more severe asthma population, as these patients were receiving high dose inhaled corticosteroids in addition to a second asthma controller therapy. Based on the results, lebrikizumab is currently being evaluated in adult patients with severe uncontrolled asthma in two phase III studies called LAVOLTA I and LAVOLTA II. Lebrikizumab is currently under investigation in seven ongoing or planned clinical studies, including one for idiopathic pulmonary fibrosis (IPF).

About the LUTE / VERSE studies

LUTE and VERSE were replicate, multicenter, double-blind studies that randomized patients with severe uncontrolled asthma despite treatment with inhaled glucocorticosteroids (ICS) and a second controller to receive lebrikizumab 37.5 mg, 125 mg, 250 mg or placebo subcutaneously every four weeks. The LUTE / VERSE studies, initially phase III, were converted to phase IIb upon identification of a process-related impurity requiring changes to the lebrikizumab manufacturing process.

The primary endpoint was the rate of exacerbations during the placebo-controlled period. The data was evaluated separately in patients with high periostin levels and low periostin levels. Data showed that asthma attacks were reduced by 60 percent in lebrikizumab-treated patients with a high level of the biomarker periostin (≥50 ng/mL; p=.01 all doses combined), compared to only 5 percent in patients with a low level of periostin (≤50 ng/mL; p=.87 all doses combined). Specifically, exacerbation rates were reduced by 22, 77 and 81 percent in periostin-high patients in the lebrikizumab 250 mg, 125 mg and 37.5 mg groups, respectively. Change from baseline in FEV1 was a key secondary endpoint. At 12 weeks in the periostin-high group (≥50 ng/mL serum periostin level), there was a 9.1 percent increase in FEV1 in the pooled lebrikizumab arms over placebo (p=0.02), compared with a 2.6 percent increase over placebo in the periostin-low group (p=.26).

The overall frequency of adverse events was 70 percent in the lebrikizumab arm (all dose levels combined) versus 63 percent in the placebo group. The frequencies of serious adverse events (lebrikizumab, 2 percent; placebo 1.7 percent) were similar. There were no deaths reported in the studies. Overall, no clinically important safety signals were identified.