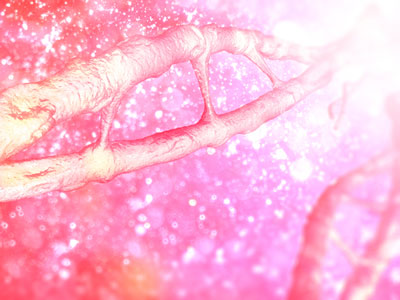 Originally developed to treat Duchenne Muscular Dystrophy, another form of muscle disease, exon skipping coaxes cells to “skip” over abnormal sections of the genetic code, so that the body can make a functional protein, which in this case, governs muscle function and development.

Dr Elizabeth McNally, director of the Centre for Genetic Medicine at Northwestern University Feinberg School of Medicine, demonstrated that protein made from exon skipping was functional to stabilise and slow progress of the disease. Working with human cells obtained from individuals with the disease, the team showed that exon skipping can be successfully induced with antisense compounds.

“We recognise that this is version 1.0,” McNally said. “But if this can stabilise individuals with this disease, even if it gave them 10 more years of walking, that’s huge. That would also mean 20 to 30 more years of breathing, and that is hugely beneficial for the patients and for their parents who are caring for them. And, of course, we’re interested in developing version 2.0 that will be even better.”

Although children with the disease are able to live normally at young ages, over time their deteriorating muscles prevent them from engaging in a number of typical childhood activities. Many of the children with the disease are in a wheelchair in their mid-to-late teenage years. Scott Frewing’s sons, Kurt and Peter, were diagnosed with the disease in 2009 and 2010 respectively. The boys’ family and friends started the Kurt+Peter Foundation in 2010 to apply promising research to Limb Girdle Muscular Dystrophy Type 2C.

In 2010, Scott Frewing, president of the Kurt+Peter Foundation, began proactively looking for scientists researching Limb Girdle Muscular Dystrophy Type 2C, with hope of supporting research to find a treatment. Frewing approached McNally in 2010 to find out if exon skipping would work for his boys. McNally did a predictive analysis, which showed that that less than half of the protein would be left, but that three key parts of the protein remained. The Kurt+Peter Foundation has provided annual grants to fund further evaluation and development of this potential therapy.

“There are always new ways to treat a disease, and sometimes it is the patients and families who push us to think of these,” McNally said. “This partnership is a perfect example of how precision medicine can help address very rare diseases.”

The Kurt+Peter Foundation is licensing McNally’s research and hopes to turn her discoveries in the laboratory into treatments that could help to slow the decline in muscle function. The Foundation will continue to partner with McNally to further test exon skipping in Limb Girdle Muscular Dystrophy Type 2C and develop the therapy.

McNally and Frewing are looking to clear the hurdles necessary to begin clinical trials. Obstacles remain to commercialise the treatment, including the high cost of manufacturing the antisense oligonucleotides, the molecules that function to regulate gene expression that are necessary to make the treatment.