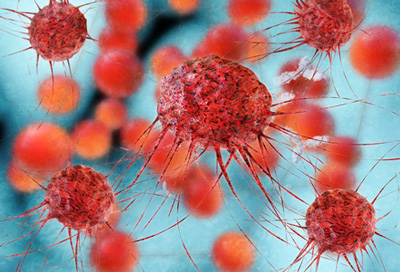 DelMar Pharmaceuticals has presented positive preclinical data demonstrating the potential of its lead product candidate VAL-083 (dianhydrogalactitol) as a treatment for ovarian cancer.

The Company presented the data at the AACR Advances in Ovarian Cancer Research: Exploiting Vulnerabilities Conference.

The data demonstrate the effectiveness of VAL-083 against cisplatin-resistant ovarian cancers and raise the potential for VAL-083 as a treatment for ovarian cancers as a single-agent against platinum-resistant tumours or in combination with platinum-based chemotherapeutic regimens.

VAL-083 is a bi-functional alkylating agent, whose cytotoxic activity is due to the formation of DNA cross links at the N7 position of guanine. Unlike platinum-based chemotherapies such as cisplatin, carboplatin and oxaliplatin, which predominantly form intrastrand DNA cross-links, VAL-083 is believed to derive its anti-cancer activity via interstrand DNA cross-links, which leads to a distinct downstream of biological events within the tumour leading to apoptosis and cancer cell death.

“Onset of drug resistance is a major factor limiting the clinical utility of platinum-based therapeutic regimens. Such regimens form the basis of ovarian cancer treatment and produce an initial 70% response rate. Unfortunately, many patients experience relapse as their cancer becomes resistant to currently available chemotherapy. The average duration of survival after recurrence of ovarian cancer is about 12 to 18 months with fewer than one in ten patients surviving beyond five years following standard salvage chemotherapy treatment,” said Jeffrey Bacha, president & CEO of DelMar Pharmaceuticals. “We believe that these data, coupled with evidence of historical clinical activity against ovarian cancer, represent the promise of VAL-083 to address a major modern unmet medical need by providing a potential new treatment option for ovarian cancer patients whose tumours exhibit resistance to platinum-based therapy.”

Platinum drug resistance is normally ascribed to several mechanisms. The current study investigated the activity of VAL-083 in multiple ovarian cancer models including both cisplatin-sensitive (A2780); and cisplatin-resistant (2780CP-16, OVCAR-10, Hey and OVCA-433) phenotypes in vitro. The data support the potential of VAL-083 to circumvent drug-resistance in the treatment of ovarian cancer.

Mr Bacha continued, “We have a growing body of evidence indicating that, in comparison to platinum-based chemotherapy, the anti-cancer mechanism of VAL-083 is less dependent on, or independent of, wild-type p53. The current ovarian study provides additional proof that there is a lack of cross-resistance between cisplatin and VAL-083 further suggesting distinct modes of action for the two drugs. Importantly, the non-overlapping mechanisms of action support the potential of VAL-083 in the treatment of platinum-resistant cancers as well as the potential for therapeutic benefit in combining VAL-083 with platinum-based chemotherapy regimens.”